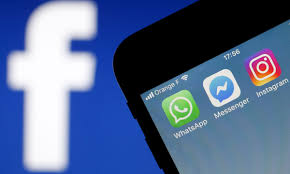 For many years now, one of the biggest challenges facing the news media has been the rise of Facebook. While the model of social-media-based content aggregation favored by Facebook is generally looked at in the context of engagement, as something best carried out on laptops or desktops, the fact is that the surge in Facebook use has come mainly via smartphone and tablet devices. The same phenomenon — greater ease of use — has meant greater share of the audience for both Facebook and the news media. Facebook was, and continues to be, the gateway to many Internet-based (in this sense, too) content platforms.

Yet there is a quandary. If Facebook is to be treated as the major content venue, then what would happen if users switched to less widely used platforms — say, one they were already using? There’s an obvious solution: set up a separate Facebook, but one that isn’t tied in with a set of apps. That would undoubtedly engender a revolt.

Yet Google, of course, is deeply involved in Facebook. Google’s chief executive, Sundar Pichai, has, in recent months, been publicly raising doubts about whether the social media company is good for innovation. But Google appears to be taking its cues from Facebook. If the primary business of the combined Google-Facebook unit is the provision of content, rather than search, it’s no surprise that its deep involvement with Facebook should be reflected in its choice of platforms.

Let’s take the case of chat. Messenger has long been a touchstone for the battle between cord cutters, who see chat as the way to sidestep cable providers, and traditional subscribers, who see chat as a path to online delivery of their existing services. But perhaps for the first time, Facebook is using that platform to not just bypass a source of monetization, but also to benefit from and even encourage a rival.

Consider a recent story about Radio Disney. The Disney messaging platform — in which popular teen and tween characters actively collaborate with creators — is wildly popular. The two programs in the mix, “Jam Session” and “With a Twist,” generally serve two purposes: to reinforce the music of Disney — one of the most valuable assets to the TV giant — and to give voice to a whole new generation of fans.

Yet despite the success of these latter programs, Disney sent away the managers of two of the series, only two of a series on the platform, and shut down a third. That’s not something you’d do if you didn’t expect Disney’s entire media empire to ultimately be under the control of Facebook. What this effectively does is shut off an important aspect of the social network, but also shut down access to an important and increasingly lucrative audience for Disney. That’s a huge loss to Disney.

Another recent case was with Instant Articles, which allow users to consume content on a smartphone without downloading it first. This worked well until Facebook created two flagships — based on Instagram and Messenger — that enabled people to consume Instant Articles for free, without the need to sign up for a Facebook account.

This wasn’t just an accident. Facebook explicitly wanted to establish some kind of standard whereby you couldn’t access its main platform with an Instagram or Messenger account. And if you couldn’t access its platform on your phone, how could you become part of the news ecosystem? A strategy to lock people out of Facebook, then, appears to be working well.

Instead of pretending that this is some kind of harmless interplay between competition and cooperation, we need to recognize that Facebook is exploiting its increasingly massive position in media to encourage behaviors that are clearly anti-competitive. Meanwhile, it is succeeding through its underlying strategy, which is to treat the news media as unnecessary tools to support advertising business. Instead of addressing this and pushing back, Twitter and Facebook are both happy to see the news divide, so they can benefit by shutting out the channel that breaks the news.

It’s not surprising, then, that there are tensions within the media itself. Some news media would have found it far easier to do without Facebook’s support in the past. Now, they have to deal with their own devices, with the forces that Facebook has brought to bear on it. The result is that even Google, as the biggest company of them all, is paying far less attention to these problems than it might.

Some people suspect that, for Facebook, shutting down the news is the right strategy — that the content isn’t really that important, that the real game is growth. But what I fear is that, once the news dies, so will Facebook.