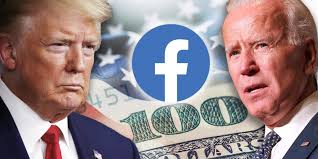 Facebook is reportedly paying certain users $99 to remove their profiles, according to a report by The Financial Times that cited an internal company memo. Mark Zuckerberg, CEO of Facebook, has reportedly refuted the report saying that these services are available to Facebook employees only.

The memo reportedly suggests that if Facebook users would want their profile to be scrubbed of the data the social media company has been collecting on them, they could be compensated to do so. The memo also suggests that if a Facebook account is reported to the company, employees are paid to clean it up.

“Imagine if everyone who complained about malicious impersonation and bad behavior had an unprecedented opportunity to ask that it not be investigated, or to have a review panel’s recommendation overruled,” a statement attributed to Zuckerberg said.

The Financial Times report comes in the midst of Zuckerberg trying to explain to the public the extent of Facebook’s breach of user trust with a series of Congressional hearings where the CEO was required to divulge information about the harvesting of data from users to third-party app developers. He did this by telling Senators that in the year that ended in December 2018, Facebook has disabled tens of millions of accounts for violations of the company’s terms of service.

Facebook is responsible for having made such tools available to developers who may have harvested data from Facebook without the company’s knowledge. Facebook’s CEO says that the company already took steps to disable many of the breached accounts. But those that were compromised were not secured against future hacks.

Among the revelations made to Congress, Facebook revealed that it has several decades of user data held in encryption form, the Financial Times report states. Facebook has reportedly decided not to inform users that their data is stored in such form. The Financial Times report suggests that Facebook is still having a hard time knowing which of its users also had their personal data on WhatsApp, which was acquired by Facebook in 2014. WhatsApp has made it impossible for Facebook to determine whether or not a user has connected their account to the WhatsApp platform.