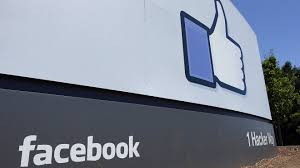 A group of Washington D.C. task force members is calling for renaming landmarks that commemorate four prominent figures in the nation’s capital. The proposal has spurred a furious reaction from some local legislators, who argue that the plan is poorly conceived.

“I find it disgraceful that a commission composed of D.C. officials and nonprofit organizations, along with an ex-Washington Post journalist, would put forward this silly and patently racist proposal,” said Senator Tim Kaine (D-VA). “After attending a White House celebration honoring Black History Month this past February, I can tell you from experience that renaming these locations will result in little more than posturing on the part of the D.C. government.”

The proposal calls for rename the Friendship Heights Metro Station after Edwin Adolph Ward, an African-American civil rights leader who, in 1919, led a march on Washington. It also calls for renaming Landover Road after African-American Civil War General James Wright, who fought alongside George Washington. A portion of West End Road (officially Eastern Avenue) will be renamed George Washington Avenue. The other list, which includes the intersection of Pennsylvania Avenue and L’Enfant Plaza, is for President Abraham Lincoln, and the building that houses the Smithsonian Air and Space Museum will be renamed Abraham Lincoln National Airport.

“From a historical perspective, all of these specific icons were raised and eventually qualified to hold the very offices they still hold,” said Mark Hyman, a local business owner who served on the task force. “Their speeches and contributions to the nation must be respected as ‘extraordinary achievements.’”

However, Representative Alma Adams (D-NC) spoke out against the proposal.

“I am saddened that the task force would even suggest such an off-putting idea, but it appears that its members would rather their commission be finished than be ignored by those they govern,” said Adams. “Most troubling is that the commission failed to produce any evidence that the memorials themselves are racist in nature, even though they are today named after Confederate leaders. In my opinion, moving these memorials and monuments, which are recognized as honorable and progressive by majority of the District of Columbia community, is ill-conceived.”

Adams even suggested that the proposed changes be explicitly voted on by the D.C. Council, much like resolutions are.

“If enough District residents request that this rash of relocations stop, we will be able to block these pointless decisions,” said Adams. “Since members of this task force voted over 50 times to move Confederate memorials and statues around D.C., it is imperative that they at least display the decency to engage in a democratic process.”