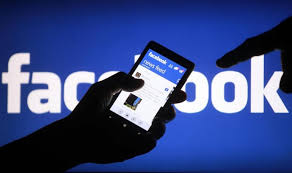 Facebook is pulling posts from the “Wildfire Watch” group as authorities continue to probe the role social media may have played in the recent wildfires in Oregon and Montana. The findings began early this week, according to a report from Yahoo News.

The Facebook posts indicate these were not the primary culprits of the fires. The fire started on May 15, then jumped the Columbia River and quickly spread to the Columbia Basin, forcing evacuations.

Several of these users reported suspicious posts or conversations started by people who did not live in the areas hit by the fires, inciting suspicion that these people may have coordinated the fires with other Facebook users. Facebook removed these posts after one user saw a group of suspicious posts about the fires.

Oregon State Police recently provided a report to the FBI’s response team on the role social media played in the fires, which are still being investigated by the agency. The FBI is still looking into whether other social media accounts may have encouraged arson, although some reports indicate social media may have made it easier for people to organize events and organize illegal activities, though there’s no concrete proof of this at this time.

“Thank you to every person that has let me know that they are safe during these wildfires,” she wrote on Facebook. “I urge the public to remain calm and safe — fires are no match for the love and support of our friends and neighbors.”

Facebook released a statement Wednesday, saying they have removed postings that contain “comments or content that suggests a threat of violence against public safety personnel.” The company also put up a letter about the dangers of careless posting on the service.

“Anytime you write or share content on Facebook, you are playing a role in supporting people and communities around the world,” the letter said. “We’re committed to doing everything we can to protect the safety of people using our service, and we will never take that responsibility lightly. As we’ve learned from these recent wildfires, people need to be careful about their posts — and we need to be careful about how we build a community.”