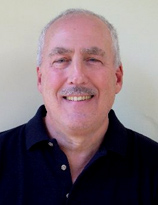 LOS ANGELES, CA, UNITED STATES, July 7, 2021 /EINPresswire.com/ — Acclaimed Author Steven C. Markoff is fearlessly leading a public effort to charge President George W. Bush for the three crimes outlined in his book, “The Case Against George W. Bush.” The effort came after an outpouring of support and encouragement from his appearance on the Ralph Nader Radio Hour on April 17, 2021.

Mr. Markoff’s “Call to Action” on his website thecaseagainstgeorgewbush.org follows: “After my interview with Ralph Nader about my book, ‘The Case Against George W. Bush,’ on April 17, 2021, I received an outpouring of support and encouragement.

From the many emails I received from that interview, it’s clear that many of you share my view that W. Bush should be investigated, if not convicted and jailed. Below are my thoughts on how we can best increase the chances Bush is at least investigated.

Since the Nader interview, I have concluded that few if any politicians will stick their necks out or go on the record against W. for many reasons. Some believe what he did was no worse than what other presidents have done. Others are concerned that our country has more pressing immediate problems than angering those who think he wasn’t such a bad president or that the things he did were proper under the circumstances. While some of those concerns have some merit, none are in my view reasons to let W. escape justice.

Importantly, and perhaps counterintuitively, I now think that mentioning my book in your outreach efforts to have W. investigated may not be useful, and it could even be a minus if your outreach seems like a book marketing campaign when the reason I wrote the book is to increase the chances that W. faces consequences for his criminal acts, criminal negligence leading up to 9/11, admitting to torturing people and taking our country by falsehoods into the unnecessary and disastrous 2003 Iraq war.

I believe that the most important point in reaching out and making contact with those who could start an investigation of W. is to stick to the most important issue, that W. should at least be investigated for what seem to be his crimes. Few know, for example, that W. Bush confirmed if not bragged about his approval of waterboarding prisoners, and that waterboarding has been considered torture (and a crime) under US law going back to at least 1922.

Therefore, I’m suggesting we go to those whose nonpartisan job it is to go after suspected criminals.

Below are five different actions you could take to increase the chances that W. is at least investigated for what I believe are his crimes.”

1. Write to the Department of Justice.

2. Report a crime to the Department of Justice: Link https://www.justice.gov/actioncenter/report-crime

3. Contact the FBI: Members of the public can report violations of U.S. federal law or suspected terrorism or criminal activity as follows… https://www.fbi.gov/tips

4. Contact your local District Attorney about what Bush did.

Mr. Markoff suggests that in writing, simply ask something like: “How can your office not recommend going after George W. Bush, an admitted torturer and a man who lied to our country to start an unnecessary war that caused the death of over 500,000, many of them women and children?”

Mr. Markoff said, “The most important point is to take some action, any action you’re comfortable with!”

Mr. Markoff is a native of Los Angeles, California. A graduate of Los Angeles City College in 1964 with an Associate of Arts degree. His affiliations include: the precious metals and numismatic business for 50 years (1954-2005); Chairman and CEO of A-Mark Financial Corporation, a Santa Monica-based financial services company he founded in 1965 (originally named A-Mark Coin Company), that purchased the Redfield Silver Dollar hoard; the A-Mark Foundation, a private foundation he founded in 1997 became the parent of free searchable databases and other nonpartisan information covering interesting and important social issues and history, such as sites on George W. Bush, Barack Obama and Special Investigations Involving US Presidents Since 1973.

In 2004 Mr. Markoff helped found A-Mark Entertainment a company he co-chairs; and that year he also founded ProCon.org, a 501(c)(3) public charity promoting critical thinking that had been or is being used by over 10,000 schools in over 90 countries. [ProCon.org was merged into Encyclopædia Britannica on 5-29-2020]. Mr. Markoff also has an interest in The TCL Chinese [Grauman’s] in Hollywood, acquired in 2011. In 2016, the Foundation founded the website AboutTrump.org. In 2018, Mr. Markoff founded SexEd.net, a website giving straightforward, sourced information about sex and sexually related issues. In 2020, Mr. Markoff launched SecondAmendment.org, a website that contains many of the pieces of the puzzle that make up our individual rights to arms. Mr. Markoff can be contacted directly at scmarkoff@aol.com.