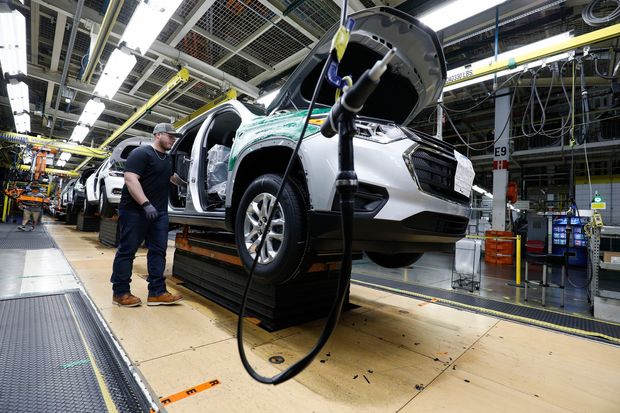 The company’s own inquiries have led some board members to conclude that (i) it was not Mr. Barra’s responsibility to discipline the quality of the cars; and (ii) that General Motors had no business advocating any reduction in benefits for unionized workers, particularly retirees.

In my estimation, these conclusions are likely correct. Barra deserves credit for the change in GM’s corporate culture that’s under way. The question is whether she helped move GM’s corporate culture from the era of Old Line Corporate to the era of an innovative, inclusive, customer-friendly company, or whether she has merely broken the mold of the Old Line culture, and followed suit with hundreds of GM’s competitors.

If the Board is correct, as I think it is, it will be the first major new corporate governance firm of the 21st century, and will mark the beginning of a new era in American business. When business people talk about GM, they refer to a relevant part of the Henry Ford world, the place where Ford developed his fiercely innovative assembly line production processes, and where Ford was both the father and the example of how an early, large, and ultimately global auto company should be run. What Ford was “really” is a touchstone for every American who has had a car.

Ironically, even if Barra were fully to be fired, she will likely stay on until General Motors declares bankruptcy, whereupon she could join another company, having foisted her most significant cost-cutting measures into the past. (“There will be no further cuts. We’re done,” she pledged to the shareholders at the GM annual meeting.) That’s how business works these days, but I wouldn’t worry too much about Barra’s departure, particularly now that so many other GM executives seem so keen on consolidating power at the top.

In the nearer term, what this means for GM is that they should avoid getting sucked into the automotive union feuds that flare up between Detroit and Youngstown. The costs and pressures of the United Autoworkers’ collective bargaining should not be allowed to upset the ongoing transition. All of GM’s workers should be given an opportunity to participate in a management-friendly approach that reduces costs, improves quality, improves mobility, and promotes worker education and training.

GM does have too much manufacturing capacity, but that capacity has not been matched with enough sales, production facilities, or sales-oriented incentives. So GM should explore alternatives, as many other companies do. It should do so without fear that such alternatives will be disadvantageous to its unionized workers, who are mostly well-paid and who deserve this kind of constructive alternative. If there is really no alternative, then GM should immediately sell off the lot. But, so far as I can tell, they don’t want to do that.