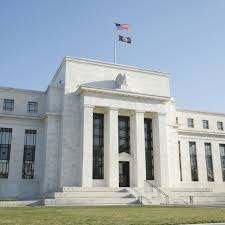 Washington D.C.- The Federal Reserve is cutting interest rates even more for states and municipalities on debt issued by state and local governments. It’s been less than a year since the Fed announced a series of increases in its key interest rate, the federal funds rate, to 2 percent and considered an early rate normalization. Following the increase, the federal funds rate was raised yet again in March of this year.

In a statement released yesterday, the Federal Reserve Bank of New York announced that after reconsidering the decision to continue increasing the rate, it has instead opted to cut the rate for interest payments municipalities and states can receive on borrowing. These yields have now been reduced to just 1.2 percent on 10-year municipal bonds and 2.3 percent on 30-year municipals. The rates on bonds with yields in the range of 5.0 to 6.0 percent, which were first offered to the market in April and held for sale until May 29, have also been eliminated.

“As we continued to consider the unusual and evolving economic situation, it has been clear that we had to address more technical and policy issues … before we can offer rates again,” said New York Fed President John Williams.

The reaction among state and local governments and investors have not been positive.

“This is the double whammy we’ve been waiting for,” said David Williams, president of Central State Investment Management in Ohio, as cited by Bloomberg. “It means next year is the year you have to pay more to refinance and those who were in the market at any time over the last 18 months can’t take advantage of the low interest rates.”