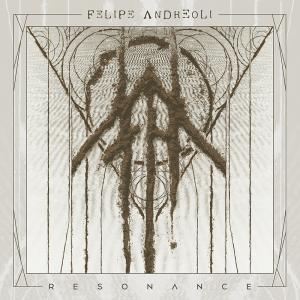 LOS ANGELES, CA, UNITED STATES, July 1, 2021 /EINPresswire.com/ —
Felipe Andreoli’s crowdfunding for the release of his first solo album, Resonance, surpassed the established goal of 11.000 dollars in less than a month after published. Even reaching the initial amount, the campaign will keep running until August 6th.

Fans can support the campaign, in return for various rewards, ranging from copies of the album, t-shirts, and tabs to string sets used by the musician in recordings, video calls, and in-person classes. In the “Pack Gravação”, Felipe records your band’s music. All supporters will have access to the latest updates and exclusive making-of footage from the album.

With a consolidated career in groups such as Angra, 4Action, and Kiko Loureiro, bassist Felipe Andreoli has become one of the most prestigious musicians in the world. This year, he started the project to fulfill one of his dreams as an artist: his first solo album, starting the crowdfunding campaign through the Catarse platform: https://www.catarse.me/felipeandreoli.

“The artistic freedom of being independent allowed me to spend as much time as necessary until the album was exactly as I intended. And now it’s time to show Resonance to you and the world!”, declared.

Resonance
The release of Resonance will be the realization of an old dream of Felipe Andreoli: “After years dedicated to various projects, the time has come for me to fully devote myself to an album with my signature. Resonance represents a great personal achievement, an album that shows, like no other, who I am as an artist, composer, bassist, and producer”. The musician’s first solo album, Resonance carries with it several meanings: “The writing process started in July 2020 and was the second major birth of that year, second only to the birth of Leo, my first child, in April. Amid all the challenges that humanity has been facing in the pandemic, these two came to light in the same year. The songs carry the inspiration, emotions, and feelings of this moment, and will be the soundtrack to the birth of my second son, Henrique, who will arrive in this world shortly after the release of Resonance!”.

Special guests
Resonance’s first special guests were announced by Felipe Andreoli. Australian drummer Virgil Donati is one of the most recognized in the world, for his speed and advanced technical skills. He has under his belt work with Planet X (alongside Derek Sherinian), Steve Vai, Frank Gambale, Scott Henderson, Steve Walsh, Mick Jagger, Joss Stone, among many others. Donati was one of seven drummers tested by Dream Theater for the position of Mike Portnoy in 2011, being one of the biggest standouts of the auditions.

Also from Australia, Brett Garsed is a musician and composer and was known for being part of the prog metal instrumental band Planet X and Virgil Donati’s solo group, as well as working as a guitarist with John Farnham and T.J. Helmerich. He was a member of the American glam rock group Nelson, with which he recorded the great commercial success After the Rain. He was a touring member of Paul Stanley’s (Kiss) solo band on the highly acclaimed Live to Win tour in 2011.

The British Simon Phillips is another Great drummer with an extensive curriculum, with legendary bands like Asia, Judas Priest, Toto, The Who, and artists like Michael Schenker, Jack Bruce, Jeff Beck, Joe Satriani, Jon Anderson, Gary Moore, and Steve Lukather. He has won numerous awards during his career, including Grammy nominations.

Another special guest of Resonance is Guthrie Govan, a 49-year-old English guitarist, who gained worldwide fame by joining Asia between 2001 and 2006.
The virtuous instrumentalist walks through several styles, such as jazz fusion, progressive, metal, electronic, blues rock, funk, country, among many others.
He started a solo career right after leaving Asia, and in 2016, he recorded an album with the Ayreon project.

Felipe Andreoli
Felipe Andreoli was born in São Paulo, Brazil, on March 7, 1980. He is today one of the most respected bassists in the world in his style, member of the internationally renowned band Angra, in addition to the solo group of Kiko Loureiro and the instrumental quartet 4Action, among other projects.
He recorded countless albums and made several world tours through more than 30 countries, in addition to constantly doing clinics and masterclasses.
For 17 consecutive years, Felipe has been awarded as the best bass player in Brazil in practically all specialized vehicles. He is currently dedicated to intense didactic work through his online courses, plus his work as a music producer.