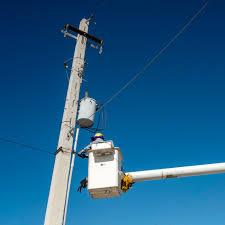 Stock in Ohio’s largest power company has been halted on the New York Stock Exchange following revelations that it’s under investigation for payoffs made to give at least $40 million in incentives to win nearly $1 billion in energy tax credits.

The issues revealed this month by The Columbus Dispatch are rife with obvious giveaways. FirstEnergy offers a 15-year loan to companies who are considering a move to Ohio. But other “grants” it may have made to encourage the energy sector to move to the state come with skyrocketing interest rates and non-compete clauses, writes Dave Millen at The Dispatch:

“A former staffer for [then-state Rep. Christopher] Biedermann said the legislation was written to secure the company a lower energy tax credit by intentionally encouraging energy companies to move to Ohio only through financial incentives.”

The settlement agreements between the Ohio Commission and FirstEnergy were executed by party leaders associated with political, business and labor interests, writes Dave Millen. Details of the settlement agreement are related to allegations of official misconduct and criminal violations, and some documents became public because of a lawsuit filed on Friday.