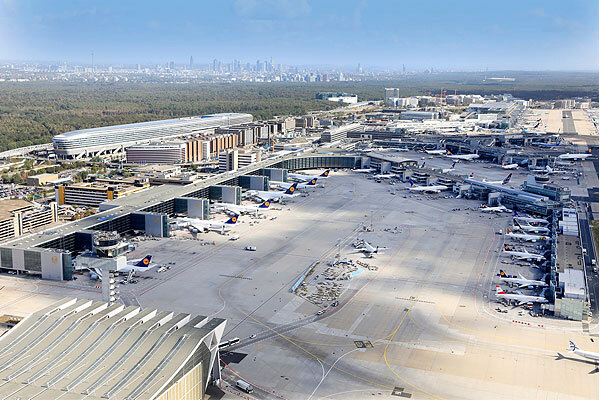 Dutch transport consultants KPMG suggest that, as of this September, passenger numbers at Fraport’s major hubs in Frankfurt and Munich — the joint second-biggest airport in Europe — will be down from recent highs of around 142 million.

With passenger numbers, Fraport is late, and by a long way, compared with the U.S. — which — thanks to the expansion of airline service over the past decade — now has more international airports than it has passengers. European airports could continue growing at a healthy pace. But it will be an uphill struggle.

Even at its pre-crisis peak, Germany’s low-cost airline OOO was selling at a loss. For more profitable airlines, the challenge has been even greater.

The KPMG analysts say the lackluster performance has something to do with a political reality in Europe. For most Europeans, flying is seen as expensive and inefficient. And while it’s true that more flights, in more places, should provide a boost, that’s not necessarily the case. One result has been a decline in airline traffic: Frankfurt and Munich have lost about 9 percent of their total annual passenger numbers since their busiest years, not that long ago.

As KPMG notes, the problem lies not with the quality of airline service — after all, plenty of travelers still like DFS — but with the infrastructure of air travel itself. There simply aren’t enough airports. Airlines will probably adjust their schedules and make other changes to accommodate a larger planeload. But that won’t happen quickly.

(The same holds true in the United States — Ryanair canceled more than 120 flights last month, but that doesn’t mean a big increase in overall flights. Actually, things don’t seem to be that bad. San Francisco International Airport has capacity for more passengers than it has flights right now.)

Meanwhile, European governments are often tempted to drag their feet on modernization, because the political cost of inaction is greater than the cost of dealing with a single “me too” — the popular outcry that follows a few fliers on board flights that aren’t properly served. Consider the case of Britain’s Gatwick Airport, which has a new runway on the drawing board, and whose capacity was rated by the UK government as limited enough to cause a “boom bust cycle”.

Finally, Europe’s airlines may have to invest in their own terminals to remain competitive. Frankfurt and Munich may well be good ones, but the new A380 mega-airport at Dubai could be a better model — a terminal that passengers actually like, and which is well-positioned to handle the very mega-jumbo planes that will soon begin serving the emirate.