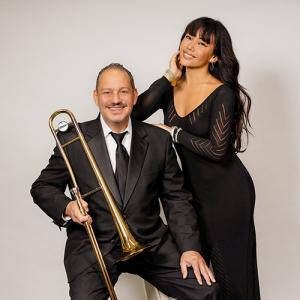 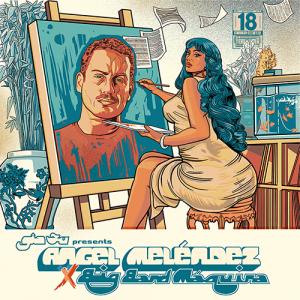 “Big Band Máquina” brings together an all-star cast of musicians for 12 sizzling tracks.

The album’s rich vocal together with 13 pieces of brass instruments, harmonies and percussive backing provide riveting listening. It has 11 sizzling tracks and one bonus track and will have listeners tapping their toes to the rhythm and imagining they’re hearing the band live in a club.

“Big Band Máquina” also features an unprecedented all-star group of musicians, including, among others, Richie Bastar on bongos, Gilbérto “PULPO” Colón Jr. and Luis Marin on piano, Jan Duclerc on trumpet, Sammy García on congas and Pedro Pérez on bass, all expressing their feelings while being conducted by Meléndez.

Meléndez, a native of Puerto Rico, has been on the music scene for years and was Grammy-nominated for his previous album. Meléndez, who has lived most of his life in Chicago, has been an arranger and a musical director for some of the world’s most renowned salsa artists, including Frankie Ruiz, Andy Montañez, Danilo Perez, Eddie Santiago and many more.

With such a diverse group of talents, “Big Band Máquina” is a once-in-a-lifetime collaboration.

The record is being released on Kong Records, a new independent record label focusing on niche, high-quality musical productions. “Big Band Máquina” is available on CD and for downloading and streaming. It will also be released on vinyl record format later.

To get “Big Band Máquina” or to learn more about Kong Records, visit
kongrecords.com.