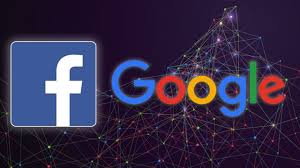 We apologize, but this video has failed to load. Try refreshing your browser, ortap here to see other videos from our team. Google, Facebook agreed to team up against possible antitrust action, draft lawsuit says — WSJ Back to video

WASHINGTON— Facebook Inc. and Alphabet Inc.’s Google agreed to “cooperate and assist one another” if they ever faced an investigation into their pact to work together.

Last week a coalition of state attorneys general filed a heavily redacted antitrust lawsuit against Google over its ads business. The Wall Street Journal obtained an unredacted draft of the lawsuit, revealing it alleges Google and Facebook agreed to help each other if a deal they’d struck ever faced antitrust scrutiny. The suit alleges the two tech giants struck an illegal advertising deal which gave Facebook preference.

A Google spokesperson told the Journal that such agreements over antitrust threats are extremely common. The unredacted draft version of the lawsuit, which the Journal said it reviewed, also said that Facebook’s Chief Operating Officer Sheryl Sandberg signed the deal with Google.