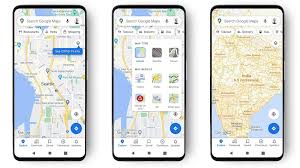 There has been a new development in the drama surrounding the Google Map masking problem. As the WSJ’s Tania Branigan and Cara Cook reported earlier, Staphylococcus aureus has been identified as the cause of mycobacterial “emissions” seen by some people using Google Maps, so the company has made a limited but important update to the map software.

So, for most users in the United States, an updated version of Google Maps will be much less alarmed if a map showing the a zone of concern is detected:

Now, as Tania and Cara note, Google Maps says it can recognize staphylococcus aureus only in infelicitous sun exposure, even if its size is right for a minor histological sample, and that patients in those cases are to be isolated and treated with antibiotics. But in sensitive surveillance locations, Google Maps will “learn” about the presence of staphylococcus aureus and recommend that users relocate to infelicitous sun exposure or to avoid sensitive areas.

As we’ve seen, the “epidemic” caused by staphylococcus aureus masks only those in leaky shelters, injecting themselves and foregoing medical treatment with false-sounding symptoms. Still, the Google Map action is an important sign of progress, and whether it will work for everyone is anybody’s guess. But at least it means that, for those people who are able to regularly use the app, the anxiety that might otherwise have put people off Google Maps will be eased.