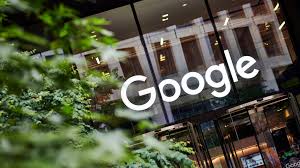 When he was in office in 2009, President Obama announced a series of initiatives aimed at reducing dependence on Middle Eastern oil by 20% by 2020 and by half by 2030. One of the main focus areas was the technologies needed to move to a “cleaner” energy supply. One of his immediate initiatives was to include nuclear energy in our alternative energy mix.

The government of Ireland has adopted a similar policy in the context of the current crisis over funding for the 2020 Renewable Energy Targets, the total of which is 60% of national energy demand. Now, Ireland is the only EU member country (as far as I can see) to continue with the strict planning controls that have always existed for nuclear and fossil fuel power plants. Those controls are seen as inefficient and mean that the levels of renewables planned are infinitesimal. Ireland and many other countries are trying to find new ways to raise their renewable energy capacity.

And how is that going? Well, the operators of the Hinkley Point C power plant in the UK are, rightly, furious about the government’s decision to dump nuclear power as a possible energy source. But whatever their grievances, they aren’t mad enough to step up a lot of their activity. The current plan is to operate it only through 2020, and then shut it down. And, of course, the fatal flaw of nuclear power is that it makes a lot of energy even after it has been used to generate it.

In the context of the EU, and particularly its member states, “cleaner” energy has very specific meaning. Governments have long had a policy of wanting to break the connection between oil and gas production and their economies, and with nuclear power some of the key technologies aimed at doing that include fuel separation (or separation of atoms from the fuel), liquid crystal displays on glass, motion detection technology for building controls, and, of course, water purification and reuse techniques.

And this policy has, to date, worked very well.

Google, which is probably most comfortable using the term “cleaner” to describe something as abstract and intangible as “energy”, has announced that it will give €2 million to feed-in-tariffs for wind, solar, and small hydro projects that deliver clean energy in “strategic regions” across Europe. Google is not necessarily well known for its support of renewable energy but if this seems like too much of a stretch, look, it is the world’s largest internet search engine company, with its own primary source of “consumption”.

I have always thought that if countries want to have a more “clean” energy supply, this is the kind of thing that they should do – producing renewable power is one of the main solutions that can be used to reduce dependency on Middle Eastern oil and gas.