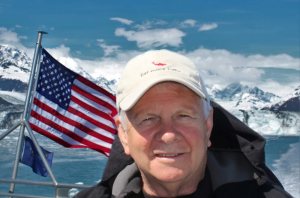 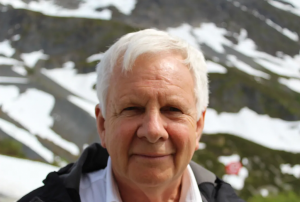 ANCHORAGE, ALASKA, UNITED STATES, July 21, 2021 /EINPresswire.com/ — Brelsford served as manager of the Bristol Bay Borough and an interim city manager of Dillingham. Previously, he served as an executive in many Alaska Native regional-tribal organizations.

Independent Republican, and former Bristol Bay governmental official, Gregg Brelsford jumped into Alaska’s 2022 Congressional race on Independence Day. “I’m running to fight for democracy,” Gregg announced. “I am concerned that many Republican state and national leaders and candidates have lost sight of key values that make America great. These failings include unthinking attacks on democracy, voting, and the rule of law, and an aversion to facts. Alaskans, and the American public, deserve Republican leaders unequivocally committed to the democratic traditions we all cherish and to telling it as it is.

“I am a new-generation, inclusive, open-minded, pragmatic, principled, conservative, who comes from a family with deep Republican roots. I grew up with a father who voted Republican ever since he returned from WWII (including energetic support for General Eisenhower and President Reagan). My aunt Nancy served more than a decade as an executive in the Republican National Committee in Washington, D.C. In 1994 I ran in the Republican primary for the Alaska House of Representatives. After losing to my Republican opponent, I helped him beat the Democratic candidate and win the general election.

“I am committed to the values of the party of Lincoln and Reagan – patriotism, national unity, and love of country. I am a man of the people and committed to economic growth while ensuring protection of our great Alaskan natural environment.

Brelsford is running against incumbent Republican Representative Don Young and another challenger, Randy Purham. “I respect Congressman Young and his 50-years of service to Alaska,” said Brelsford. “But I believe he has lost track of some key aspects of the democratic traditions that make the last frontier – and America – strong.

“Remarkably, in Washington, Mr. Young has not stood up to the attacks made by many of his colleagues on bedrock democracy, including voting, and the rule of law, and to the misinformation they spread along the way. Alaskans need a Republican Congressman who can do better than this. I refuse to be a Republican who stands by silently as many in our party chip away at our state and national ideals for petty, self-interested, short-term, goals. I also want to show younger generations that we must always be alert and ready to fight for democracy and true conservative values. “

Brelsford’s quest for Alaska’s sole congressional seat is daunting. Young won his two recent elections against Independent Alyse Galvin, 53-47% in 2018 and 54-45% in 2020.

“Recently, Brelsford served as Manager of the Bristol Bay Borough and its first Covid-19 Incident Commander, and as Interim City Manager of Dillingham, and its second Covid-19 Incident Commander. These are the largest local governments in Bristol Bay, and the heart of the world’s largest red salmon industry. They have also been the hottest red zones in Alaska for Covid danger during the summer surge of thousands of commercial fishing workers.

“We did an outstanding job in these difficult circumstances. I will tenaciously bring this same problem-solving, listen-to-the-people, do-it-right, determination to fighting for Alaskans in the U.S. Congress.”

Brelsford drove the Alcan Highway to Alaska in 1972 and then attended the University of Alaska, Anchorage at night while working full-time. This included work in senior roles in Alaska Native regional corporations and regional tribal-governing bodies. As the Executive Director of the Aleutian/Pribilof Islands Association, he helped secure Congressional compensation for the internment of the Aleuts during World War II and served on the Alaska Federation of Natives Board of Directors.

After finishing Harvard Law School, Gregg served as a law clerk for the Chief Justice of the Alaska Supreme Court. He then served practiced law in Anchorage and in NASDAQ- and NYSE-traded global technology companies elsewhere.

Brelsford is an enthusiastic Alaskan outdoorsman, and a proud member of the NRA and the Matanuska Valley Sportsmen shooting range. He hunted Alaskan bear, moose and caribou in his younger years, and now hunts with a camera, and continues to relish his longstanding enjoyment of fishing. He is also an avid skydiver, with 625 jumps (starting in Girdwood, Alaska in 1983) and hikes, camps, and cross-country skis with his wife, Puyong, as much as possible.