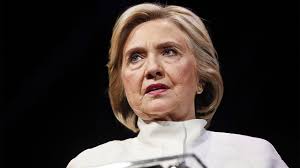 Hillary Clinton seems to have reached the limit of her national television afterlife. The former Democratic presidential nominee told Rachel Maddow on June 3 that she’s ready to step back from the limelight. The controversy this time is caused by Clinton’s speech at the Women’s March, where she expressed interest in running again in 2020.

In another interview for NPR’s “Tell Me More,” Clinton responded to a question about the polling numbers by pointing to her Philadelphia speech in January. In that address, she said to be “surprised when Hillary runs again.” That comment came only two months after her performance in the fourth GOP debate. She came in 6th place, many polls showed.

Clinton is required to quit national TV during the debate clock. She faced this challenge only once before, when the moderators extended the 20-minute clock to more than two hours.

Also, she could not release poll results ahead of time due to rules associated with running for president. The Trump campaign and Republicans filed a lawsuit arguing the polling rules violate the First Amendment right to campaign. President Trump supports the case.

Clinton’s speech came six months after she and her husband, former President Bill Clinton, celebrated their 69th wedding anniversary in private. The former First Couple have spent more time in each other’s company since their 2016 defeat.

Last December, Hillary appeared at the University of Iowa in Cedar Rapids. Bill was in California promoting his book.

Most recently, Bill has been in New York City raising money and attending fundraising events. Hillary and Bill also joined husband Bill de Blasio on a trip to New Orleans.

One possibility for Mrs. Clinton’s future in politics is a lucrative media partnership. One such company has already taken a look at her, The New York Times reported last week. In the partnership, Bill’s Clinton Foundation and her political fundraising could profit off of reaching out to Silicon Valley tech firms.