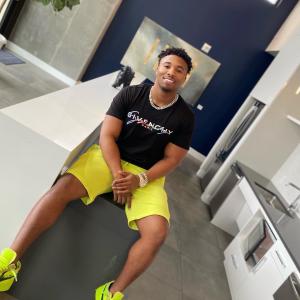 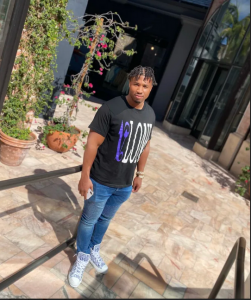 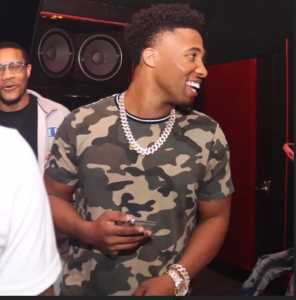 The artist refers to the movement as ‘There’s More Than One Side of Life.’

ATLANTA, GEORGIA, UNITED STATES, July 13, 2021 /EINPresswire.com/ — Up-and-coming hip-hop artist, One Side, is making a game-changing move in the music industry with his ‘There’s More Than One Side of Life’ movement.

One Side is a vastly talented hip-hop artist from Atlanta, Georgia. The artist developed a passion for music when he was just a young boy, admiring hip-hop and R&B genres and artists such as Tupac, Lil Wayne, and T.I. Upon the death of his friend, who was also an aspiring rapper, One Side was inspired by this tragic event to begin taking his music career more seriously and began spending his time studio stockpiling new tracks with the mixed emotions that resonated with him.

In his most recent news, One Side has begun to focus on bringing his new movement, There’s More Than One Side of Life, to the forefront of his pursuits – and to the music industry. This movement is designed to celebrate the artist’s rapid trajectory to the top of the Atlanta rap scene and incorporates impressive melodies and lyrics that showcase One Side’s ability to hold notes for long periods of time.

Though he is humble about the bright career ahead of him, One Side is quickly becoming a fixture to the hip-hop and pop culture scenes. While he will never brag about his accomplishments, One Side’s single Pressure, which was released in November, has already received 150,000 views within just three weeks. When he followed it up fewer than a week later with another single called Set It Up, the song went over 100,000 streams on Spotify within a week.

“It truly is humbling to know that my amazing fans are eagerly awaiting the release of my new music,” One Side states. “I put my heart and soul into every song and music video snippets I create – songs that speak to my past, present, and future struggles and celebrations. My goal has always been to not let anyone’s critiques get into my head and to inspire others through my music.”

To his fan’s excitement, One Side has plenty of unreleased music in the vault that has some of the most heartfelt emotions in the history of music. From putting out seven singles within two short months, One Side’s audience has expanded exponentially. His record, Real Diamonds, is picking up online with a buzz from blogs and radio – with record label executives reaching out to the artist to determine his next steps.

For more information about One Side, please check out his Instagram at https://www.instagram.com/1oneside or on YouTube at https://www.youtube.com/c/onesidemusic.

One Side is a hip-hop artist rapidly gaining traction in the music industry. With over 11,000 followers on TikTok and 150,000 monthly listeners on Spotify, One Side will soon be a household name.

One Side
Artist One Side
oneside@onesideent.com