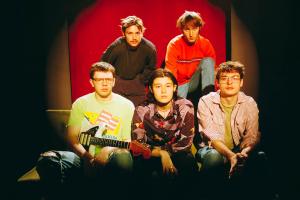 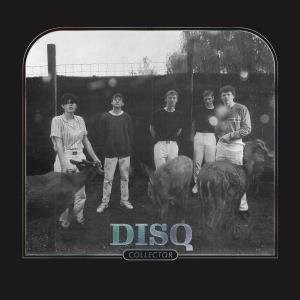 The “Gentle” video extends the artful misdirection and endearing modesty that’s audible all over Collector.

MADISON, WI, USA, July 8, 2021 /EINPresswire.com/ — Collector, Disq’s debut album, is the kind of set that could only have been made by people who’d come together in a local scene. Everything about it is organic: the interplay between the guitars, the frenetic rhythms, the alternately relaxed and racing tempos, the casually catchy melodies, the distortion and buzz, the earnest tone punctured on occasion by outbursts of sarcasm, the youthful inexhaustibility and determination to have fun in the face of looming disaster. This is the sound of friendship, of powerful bonds and shared experiences, and a pure expression of the camaraderie and anxiety common to those on the cusp of adulthood.

Collector has been praised by DIY (“a chronicle of teenage life in middle America so sharply observed that you could cut yourself on it”), The Guardian (“brilliant”), Paste (“eccentric guitars and millennial angst charm… the Madison quintet outdo their power-pop peers”), The Line Of Best Fit (“thrilling”), Clash (“catchy, clever, and addictive”) and many other publications. “Gentle” is one of the most serrated songs on an album that has sharp, cutting edges everywhere, with an introspective message.

The “Gentle” video extends the artful misdirection and endearing modesty that’s audible all over Collector. “Gentle” and the members of Disq appear in the “Gentle” clip, but never in person — instead, they’re assembled from images on stacked television screens in the showroom window of an electronics store. In full modern fashion, as “Gentle” was filmed during the COVID pandemic, the treatment allowed the band and video team to work apart. Director coool was in Chicago; Disq, in their hometown of Madison, Wisconsin; bassist Raina Bock was in Arizona. The video looks crisp and modern, but much of the technology is old: VCR machines, CRT monitors, big black boxes in 20th-century design styles. And since the modular “bodies” of the musicians are made out of film, there’s no problem swapping torsos, or instruments, or identities.