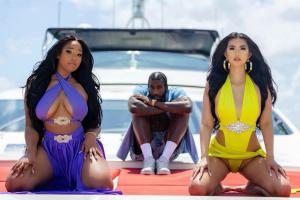 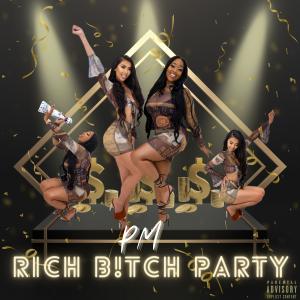 Officially PM recently dropped the RICH B*TCH PARTY EP – this bash is happening now, and “CHECK ON IT” ft. Iman is a song you’ll want to add to your playlist.

MIAMI, FL, USA, July 6, 2021 /EINPresswire.com/ — Individually, they’re Phi and Meisha, Columbus, Ohio natives and best friends. But together, they’re known as PM, the first letters of their names combined, an inseparable force not to be reckoned with. PM’s goal is to provide a sound that will curate a language that will radiate universally and put more boss women on the map in the industry. They’ve faced many challenges through this journey, but their friendship, love, and drive have kept each other going, finding any way possible to make music and flourish.

PM made noise with their single “TOUCH IT” as a boss b*tch anthem, which was followed by a few more bangers and freestyles which appeared on BET and added to multiple high-profile playlists on Spotify and Apple Music. But the work didn’t stop there; PM recently dropped an EP titled RICH B*TCH PARTY, featuring the single “CHECK ON IT” ft. IMAN – this bash is happening now, and you’re invited to stream it on Spotify, Apple Music, and Tidal.

The newest single from PM is “CHECK ON IT” ft. IMAN – and it’s a song that you’ll definitely want to add to your favorite playlist. With a smooth tone and a splash of Caribbean vibes, “CHECK ON IT” will make you want to dance and have a good time – and where else could such a video take place but the one and only Miami. Phi lives in Los Angeles and Meisha lives in New Jersey, but there’s nowhere quite like the 305. From yachts and palm trees to luxurious outfits and fancy houses, PM are showing us the finer side of this city – they’re here to have a good time, and they want you to join them. IMAN shows up to spit his verse, sporting some icy gold chains, but the real stars here are Phi and Meisha.