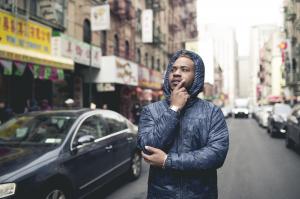 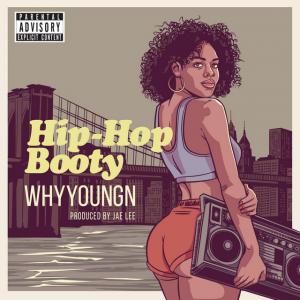 This time, WHYYOUNGN is the next to represent the city as best as the legends did.

When you’ve grown up in the concrete jungle, you pick up on how to navigate the toughest terrains and the arduous competitors. All is good for Brooklyn rapper WHYYOUNGN because his spot is at the top of the food chain. Born as Dashawn Rufus, the artist didn’t let his roughneck environment influence his choices; instead, he turned to the icon of his childhood: Jennifer Lopez. The style and magnetism of her tunes gravitated WHYYOUNGN. His debut EP First Ten Minutes is entirely him. It’s just a small glimpse of what his artistry can offer and his ability to hold it down and run it up.

His music will include the occasional party tracks and club bangers like “Tropical Made,” but last year’s track “Very Well” calls out systemic racism. He guarantees a concept, and underneath his lyrics, you’ll find his purpose: creation.

A quick glimpse at the street murals, yellow cabs, and staple bodegas tells us we’re located in New York City for WHYYOUNGN’s new music video “Hip-Hip Booty.” Then the views of the Barclay’s Center come into frame, and we know we’re in the heart of downtown Brooklyn. The same neighborhood where one of the most influential hip-hop artists and media proprietors in history, Jay-Z, and one of the roots of the New York rap scene, Nas, are from. This time, WHYYOUNGN is the next to represent the city as best as the legends did. He’s not repping it alone, though; he’s posted up with his crew and the baddest girls in New York to back him up. “Hip-Hip Booty” is self-explanatory; he’s got models with the nicest bodies, and both he – and they – are ready to show it off. Director Max Hilva sets the daytime scene in DUMBO, and we’re shown eye candy and a whole lot of swagger. All those in his path can step aside because the way he dictates the streets is on a whole new level.