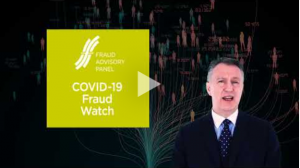 Few of us will live for a hundred years but the good you do in life can live forever, with or without an avatar.”
— David Clarke, Chairman, Fraud Advisory Panel

By creating a human digital twin, almost indistinguishable from the real Mr Clarke, with perfect lip synchronisation and facial expressions to match the sentiment of important messages, the short video shows how avatars can relay messages that are both serious and emotional. In this instance, the multilingual Guildhawk Voice avatar, capable of speaking over 50 languages, repeated a sentence in Spanish, a language that David does not speak.

The multilingual avatar video was created using powerful text-to-speech technologies, Guildhawk’s ultra-pure data lake of translation memory, which powers Guildhawk Aided, and a digital recording of David’s voice. High-definition moving and still images were added to emphasise specific elements of the content and maintain the viewer engagement, attention and recall. The final video was completed in a few hours and David was not required to leave home or face a camera.

Following the format of the previous years’ video address to the AGM, recorded to meet social distancing requirements during the pandemic in 2020, the avatar began by welcoming members to the meeting. In accordance with Guildhawk good practice to enlighten viewers and avoid confusion, the avatar opened by stating he was the avatar of David Clarke; who he said was, “in the physical office today but wanted me to speak”.

‎Much has been made of late about the dangers of artificial intelligence, and the ability of unscrupulous people to use voice manipulation and avatars as so-called deep fakes to spread fake news or trick consumers into falling for online fraud. David, through the power of his Guildhawk Voice avatar, pointed out that powerful AI technology like this can now be deployed to keep millions of people safe. Crucially, this is quick to do and enables important messages to reach millions of people in their language, in minutes rather than days.

Trust remains the key underlying principle in the digital world, as it is in the real world. David, who is a former police chief and Director of Intelligence summed this up when his avatar explained that– just like handling human intelligence (HUMINT) and open source intelligence (OSINT) information supplied by what he calls proxy intelligence (PXINIT) sources – the source of the information, the information itself and the digital platform it appears on must be trusted, secure and verified. By way of example, this video contained information from a source and was posted on a digital platform (the Fraud Advisory Panel) that are both trusted and verified.

The content of the Chairman’s address was especially serious, highlighting how online digital channels had been exploited during the pandemic in 2020 to defraud the public, honest companies and charities on a global scale. He spoke about how corrupt people had weaponised the Internet and stolen billions of pounds, making this potentially the biggest fraud in history. He also described how the counter-fraud community rapidly mobilised and, within hours of lockdown, the FAP charity had united over 70 partners from the public, private and third sectors under the banner of the COVID-19 Fraud Watch and began sharing live intelligence on emerging threats.

The solemnity of the address was balanced by a heartfelt thanks to the Chairman’s two staff, Mia Campbell and Zara Fisher, to his colleagues here at Guildhawk, and to his family and friends, all of whom who his avatar thanked for their love and support, and for tolerating his odd modus operandi.

David’s avatar spoke of the unprecedented and visionary work of the charity and their success in protecting good people from fraud. He stressed that the Panel holds a corporate memory about fraud matters but is not a history library; it is a smart factory producing solutions that work to protect society now and tomorrow. The Charity’s endless stream of activities in this time of danger is certainly testament to this statement.

The real David Clarke later announced that on 1st January 2022, he will be stepping down as a trustee after 12 years as a volunteer, and will be succeeded by Sir David Green, former Director of the Serious Fraud Office. He made a passionate appeal to everyone to support the Panel and the next generation of fraud fighters.

All the team at Guildhawk would like to thank David for everything he and the team at the FAP have done to keep the nation safe, and we are honoured that his Guildhawk Voice avatar was able to support him at his last AGM. Anyone concerned about machines, robots and avatars taking over the world will be reassured by the closing words from David’s avatar, “Few of us will live for a hundred years but the good you do in life can live forever, with or without an avatar”.