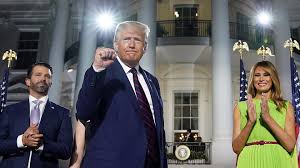 House Democrats say they will investigate violations of a law designed to prevent politics from getting in the way of federal employees’ political activities.

Democrats have written to the inspector general of the Labor Department, which hosted President Donald Trump’s first organizational meeting of his administration, asking him to look into the allegations.

“All of these individuals were appointed by President Trump and chose to serve in government positions in order to promote the interests of the American people,” the letter said. “We are concerned that political affiliations may have compromised their positions as senior executive branch employees.”

The allegations are particularly powerful given that White House political appointees closely follow and often subvert the ethics and criminal laws of the administration they serve.

This week, The Washington Post revealed how White House political aides, including Rob Porter, had secretly debriefed one another on certain federal employees who may have been too easy on Trump, and who presented to Justice Department officials complaints about their friends or colleagues. Porter resigned amid domestic abuse allegations.

Three White House political appointees who were brought in to supervise aspects of the hospitality events at the Labor Department in October are among those Democrats now want to look into, according to three people familiar with the inquiry who spoke on the condition of anonymity to discuss the subject.

The three men — including Joe Marchese, chief of staff of the intergovernmental affairs office, the official charged with organizing the meetings and helping those who came to Washington for the week manage their time there — are close friends of Trump family and White House officials.

Marchese and his boss, presidential counselor Kellyanne Conway, were photographed taking part in the October conference, and Conway attended two events at the Labor Department that cost taxpayers $1,680. Marchese has emailed as many as 28 White House officials seeking information about employees’ efforts to ingratiate themselves with the administration.

At the event at the Labor Department, thousands of people from around the country attended policy briefings, meals and receptions. A Washington Post review of those who attended found there were at least 12 people who received benefits from their work in the Trump administration that didn’t exist when they had served as officials in the Obama administration.

Employees had volunteered their time and attended the conference because they shared a deep interest in working for Trump, the former White House communications director Anthony Scaramucci said Wednesday.

The Labor Department did not respond to a request for comment.

Democrats on the House Oversight and Government Reform Committee have written to the office of the head of the OIG, David Friedman, demanding answers. They have requested all emails, texts and phone logs between Marchese and White House officials between August and October. They have also asked for information on Marchese’s communications with the White House staff chief of staff, John Kelly, communications director, Bill Shine, and White House political director, Bill Stepien.

Kathleen Hogan, spokeswoman for the OIG, said the office “will review their letter when it is received.” The department is out of office this week for the June federal government shutdown.