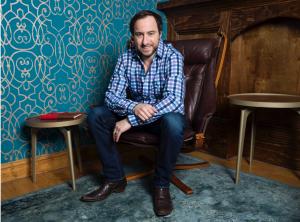 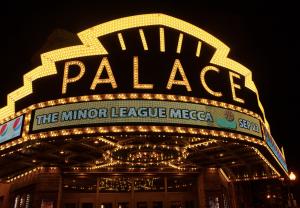 HOUSTON, TX, UNITED STATES, December 16, 2020 /EINPresswire.com/ — Houston International Sports Film Festival Founder Josh Merwin is proud to launch the new HISFF interview series December 18, 2020 highlighting interviews from various athletes, actors, inspirational sports figures, and influential individuals in the sports and entertainment worlds. This extra touch is sure to provide our audience with a behind the scenes view of many of the film submissions and stories being told at the festival, not to mention providing an extra, exciting perk to the festival’s roll out. Episodes are scheduled to air every Friday with specific social media integrations and promotions leading up to each episode.

Taking place on June 3-6, 2021, the Houston International Sports Film Festival (HISFF) – www.hisff.org will feature programming focusing on the historical impact of athlete activists such as Muhammad Ali, Althea Gibson, and Billie Jean King. These films celebrating how athletes have broken down racial and gender barriers on the playing field, ultimately leading to positive change in the world.

As a Houston native, Merwin founded this festival “…to enhance Houston’s influence in the film world and celebrate the impact of sports through film. There is a vast landscape of film festivals in the U.S., but there is no major festival solely dedicated to spotlighting the sports element in the film world. I wanted to start this festival to give independent filmmakers a platform to launch their films and careers by bringing people together through sports and film, with a stand alone festival and help leave a legacy for the City of Houston.”

“Born out of a love for sports and film, the first annual Houston International Sports Film Festival aims to showcase the impact that sports have on people’s lives. Houston has the opportunity to support athletes, actors, content creators and filmmakers.

He adds, “Houston is a city that brings people of all walks of life together. Similarly, sports are played in every culture around the world, inspiring people and joining them together around a single passion. The HISFF festival will be a platform to showcase the exciting, inspiring and intense stories that sports bring to people’s lives, bringing together independent filmmakers and athletes who are producing their own content, and sports fans, to celebrate the positive impact sports has on all of us.”

The HISFF will have a mix of documentary and narrative, feature and short films. There will be a focus on social impact, as the festival aims to make a positive contribution to the city and the world through this new annual festival. Sports activations will also be part of the festival, to help kids live a more active lifestyle and integrate the basis of the festival

The Festival’s YouTube channel will host more information and videos regarding films that have been submitted and the stories behind making them. This channel seeks to help give the festival’s filmmakers an additional platform and more visibility for their films offering more ROI on the time and energy they’ve invested in telling these stories. This will also allow our audience more of a behind the scenes look at how the festival is selecting films and the exciting and unique events we will have around them.

The series will launch with an interview with Brendan Casey, director of the documentary “The Minor League Mecca,” the first film submitted to the festival — featuring the rise of the “Albany Patroons,” the premier franchise in the Continental Basketball Association during the 1980s. “The Minor League Mecca” features sports icons from Phil Jackson to Houston hero Mario Ellie.

The series follows up with an interview with Victoria Isaacson, a Paralympic Fencer, defying all odds. Born with Ehlers-Danlos Syndrome, or EDS, a rare disease that affects the connective tissue in 1 in 5,000 people, Isaacson has battled and overcome many physical obstacles and tells us her inspirational story. The interview will also include a chat with one of the filmmakers, Brett Forrest regarding how he first came across Victoria’s story and how they were able to get creative and finish this film during the pandemic.

Interested parties can also make a donation to support the Festival and our racial equality programming at www.HISFF.org/#donate.