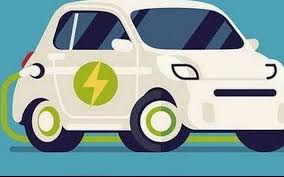 One of the biggest buzzwords in the world of business and investments right now is the electric vehicle (EV). The United States is no stranger to negative headlines regarding China’s controversial plans to buy up electric vehicles by 2025. Not long ago, the aforementioned plans sparked electric vehicle market speculation that Tesla’s stock could go through the roof – a trend that has yet to pan out.

In the eyes of many investors, the bottom line matters most and investing in electric vehicles can be seen as an important way to set a foundation for long-term success. EV is currently the go-to solution for the transportation needs of mainstream economies across the globe. According to the International Energy Agency, electric vehicles made up just 2.3% of global sales in 2017, but by 2040 it could overtake gas-powered vehicles to become the world’s largest passenger vehicle segment.

The current electric vehicle conversation is at a more exciting stage than when this trend was first discussed. We already know the impact charging can have on the earth’s climate and its implications for the future of road safety. We know that cheap, accessible and successful electric vehicles are a key part of the solution to the climate change crisis. We know that switching to EVs will mean the cost of fuel falls, reducing consumer spending on this fuel and paying down the national debt as the national EV infrastructure is built up.

More countries are gearing up to pass laws regarding electric vehicle ownership and to start implementing bans on car combustion. According to the IEA, the number of cities that are considering taxing diesel car ownership will increase sharply in the next few years. Meanwhile, Norway and Singapore have already placed bans on petrol-powered cars, while Paris plans to do the same by 2040. You can see these examples as a potential roadmap for how the current electric vehicle discussion could evolve.

So, how can your portfolio benefit from the discussion of electric vehicles?

Are you an investor who is looking to diversify your holdings?

There are several different strategies that can help address the volatility that comes with investing in unconventional assets. Investors need to remember that regardless of sector, countries can only regulate certain aspects of the economy for so long. If the auto industry is stagnant, then it’s only a matter of time before the focus switches to electric vehicles. If the car industry is thriving then the focus might switch to new forms of innovation or new technologies such as autonomous cars or self-driving trucks. In either scenario, it’s all about exposure to a broad range of assets so that the investor is in control of the direction of the market.

Are you a young investor?

Why invest in “hip” industries such as autonomous, electric vehicles when you could invest in more stable sectors such as tech or healthcare? The popularity of the electric vehicle is still very much in its infancy, and as we move into the second industrial revolution where self-driving cars play a much more prominent role, tech and health will become giants of the future. This is why investing in momentum stocks could reap huge rewards in the long term. An example of a momentum stock that could be really benefiting from the current EV conversation is Plug Power. These stocks have held up really well in the past, and we expect the same story to play out if the next industrial revolution begins to materialize.

Investors tend to forget that disruptive technology is alive and well within the world of renewable energy and the uptake of new technologies. The lithium mining industry will be fundamentally reshaped when electric vehicles become ubiquitous and one of the biggest players in the sector is looking to seize its opportunity. Global miner BHP is aiming to use its new mining infrastructure to be the big lithium mines of the future.