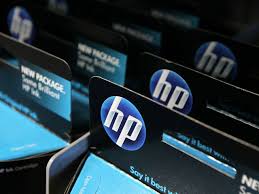 For HP, the announcements the company made in April represented a shifting strategy in an effort to start a renaissance of sorts after a tumultuous couple of years.

Released back in April, the refresh for the company’s personal systems provides new products to meet and provide more value to consumer and government and education users. The refreshed line includes workstations and all-in-one desktops, notebooks, and laptops.

While the quarter’s revenue continued to slide, holding sales down to $13.8 billion versus $13.9 billion in 2017, that represented a 1.6 percent decrease. The company sold over 13 million of its machines during the fiscal year, ending on May 31, at a rate of just over 1 percent. It was the first full year of revenue declines in over 10 years.

And though its overall year-over-year revenue declined by 1.6 percent, its notebooks business, which has been a part of its portfolio for nearly 20 years, made more money in 2018. In fact, that segment grew revenues by more than 7 percent from the previous year. However, its desktop business declined by 14 percent, and its workstation business reported double-digit declines.

HP sold about 20 million workstations last year, which is 5 percent less than it sold in 2017, while sales of notebooks fell from 80.4 million to 76.4 million. The company plans to improve its position in the workstation segment with new products in 2019.

HP makes a point of articulating that its biggest commercial customers are also its most important ones. In its written announcement the company said these customers are more willing to buy more advanced systems and offer more options. It says these customers don’t mind upgrading their computing devices once a year or two.

Despite the small base of sales, workstations are top-down hardware to the business market, which is changing fast and fast enough that it doesn’t make sense to continue investing heavily in one market. Perhaps the enterprise market can be one of its revived success stories going forward, but for now the focus remains on Main Street, as consumers and businesses continue to move away from desktop PCs.