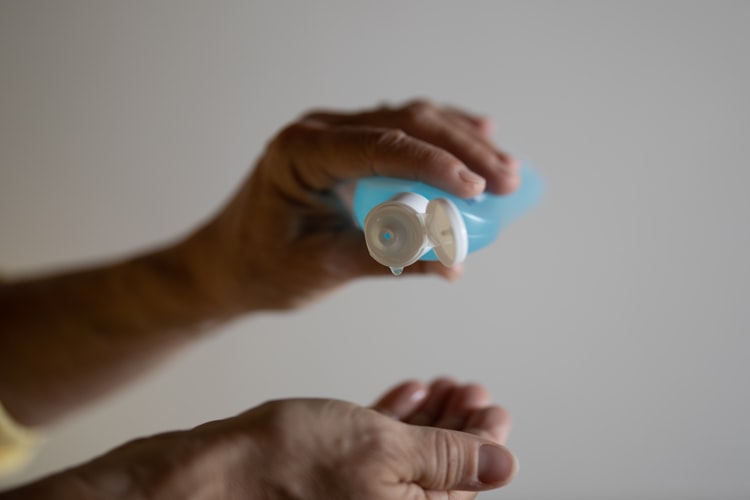 One of the best inventions I know involves a device that could soon be used everywhere. Dr. Nitish Patel has invented a device that rapidly sanitizes whatever it comes in contact with, and there’s some estimate that it could be widespread within a year or two. As Krugman has pointed out, there’s already a competing device on the market, but I suspect this is going to be the device that winds up finding its way into everyone’s homes and offices.

The device is a galvanic oxide, or GAN. Essentially it is a tiny sponge, about the size of a grain of rice, that is mechanically vaporized. (Though it is called a GAN, Patel calls it a vapor barrier.) Here’s how Kevin Drum of Mother Jones puts it:

…if you draw a bead on one side of the cleanser pod, the pod inflates into a sponge, which then dissolves into steam. You can also slice the sensor in half, putting the heat source inside one side of the pod. Here’s the most amazing part of this thing, though. As you heat the thermal sensor with the heater inside, you get a very big build up of gas. So the GAN system can keep the heat source within the same thermal space as the sensor and a few other various tiny sensors you can set up inside the system.

I know, that’s a mouthful. So it could be used either as an in-home sanitizer or as an office or retail germ-zapper.

But there are some problems with the device. The first, of course, is that it uses electricity. But it’s absolutely possible to generate electricity with GANs (or, rather, to generate power with GANs, just not with electricity). And we have a number of cheap and very effective ways of powering GANs. A smart industrial-scale demonstration of a GAN, funded by the Department of Energy, is set to take place in Israel this fall. Better still, these machines are being used in developing countries, most notably in India.

The second issue is of practicality. The wearable GAN that Dr. Patel is talking about in his talk is about 2.5 ounces. That’s much less than your normal handheld disinfectant spray. And one of the biggest problems with kitchen sprays and other gadgets that “sanitize” foods is that you still need to actually scrub the surfaces in your kitchen—spray isn’t going to cut it, and that means you still need to disinfect the area before you try to disinfect your food. There are lots of ways that I could get my wife to clean the kitchen in front of me, but in reality the best way is to have a GAN on hand, in a case just for my morning meals.

But even if I were on a hunger strike, I’d want the cleaner to be handy. It would be cool to get the molecular scissors out. And a GAN might well wind up becoming indispensable, used almost ubiquitously as an indoor toilet, cell-phone sanitizer, bed-size deodorizer, etc. But this is all theoretical, of course. And while there are many obvious uses—think of the countless all-natural sanitizers that are being pressed into service now—there are also real-world tradeoffs. Most important: if we pull back the curtain a bit, it turns out that the heat and pressure can (and do) boil the GAN, vaporizing the surrounding air that is sprayed. It’s unclear exactly how the temperature, or the pressure of the vapor, or both, will affect the unit’s functionality.

Still, as I think back over the past year, I can’t remember anything where the mainstream technology press would beat up on its inventors as much as IIT-G’s “Intensive Respiratory System.” As Dr. Patel has noted, there’s a similar feature on Apple’s line of AirPods.

On a personal note, I know that many tech-proprietors complain that news organizations cover companies too narrowly, focusing on their technical features and products. But this idea makes me happy to see so many newspapers and TV stations pushing the tech press hard to acknowledge issues with safety, reliability, and efficacy.

I have seen an increasing volume of stories telling the story of serious A.I. and automation failures, while a quieter debate has raged over which of the Green New Dea.