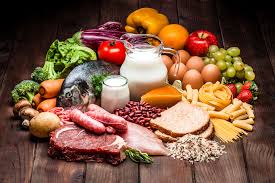 Well, there’s a lesson for investors and readers in this Wall Street Journal article: CFPB crack down on mortgage servicers can actually hurt companies and companies may be scrambling to show why they should get off of regulators’ hook. An example: Brighthouse Financial, the third-largest American mortgage servicer, reported earnings two weeks ago after revealing that, to comply with the new rules, it would have to lose thousands of jobs, or at least change the nature of how it does business. Why would such an action be necessary? Because, Brighthouse executives claim, their customer defections are harming them financially.

But look at what’s actually happening. For several years, of course, financial markets have been experiencing a substantial dip in bank loan defaults. First, they almost none had been due to mortgages. Second, bank loans have been generally safer than they have been for some time. Third, and more important, people have generally been making the payments on bank loans in full — and taking less of a bite out of the bank’s assets than they otherwise would have. In other words, the underlying underpinnings of the business of lending have been substantially better than they have been for some time.

Is this primarily because mortgage servicers have become much more helpful in keeping people current on their payments than in the past? Not at all. That would imply that Brighthouse’s servicer business is something akin to a flytrap in which defaults are plummeting. No one is really exiting the business: Just the opposite is true, and that’s because the denominator is shrinking, not because loan defaults are rising.

But why should you care if Brighthouse is eager to show regulators how harshly it has been reining in loan defaults? In fact, the lender’s profitability was at its zenith a couple of years ago, too — as were its costs. And all those costs are here to stay.

One concern of regulators is that the deterioration in the middle of a loan is being masked by the improvement at the top of the credit file. More defaults at the bottom means that Brighthouse has to keep cutting payroll, support employees, and other things that their customers aren’t used to paying for.

And it can’t. By Brighthouse’s own admission, it has cost the company 1.5 percent of its profit in “core” bad loans, as well as disallowed costs such as litigation. Those numbers are declining, but they’re still massive — and they’re probably going to stay that way.

I don’t expect the CFPB (or whomever else regulates mortgage brokers and lenders) to suddenly go away. But Brighthouse’s filing will most likely serve notice that the new, more strict mortgage rules were not merely a continuation of the old rules that were already much more lax, but also a severe departure from them.

Companies like Brighthouse are just trying to show how severe the new rules were, and how they were detrimental to them. Again, it’s not that there weren’t problems in the past that are being corrected. It’s just that those changes were small and manageable — and don’t justify allowing a firm that blithely ignored the risk of default to be allowed to fail, particularly if it had no business dealing with subprime borrowers in the first place.

At the end of the day, as we’ve said repeatedly, it’s fundamentally about who is the best and brightest at doing mortgages. I suspect that’s ultimately a function of lender capabilities and investments. The shorter-sighted point is that if ever there was a case in which slowdowns and malinvestments were bad but only during the latest economic cycle were we talking about, it’s Brighthouse.