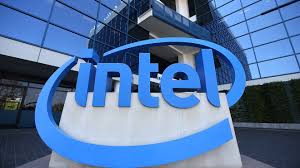 I think these days Intel does a pretty good job of admitting errors, or at least not pretending they don’t happen. But Tuesday’s apology isn’t about Intel manufacturing, rather it’s about its Firestorm pipeline warning tool.

For those who don’t use Firestorm, it’s an auto-check tool that Intel launched to identify which chips were on the market when some issues were reported with previous silicon. They were Intel CPUs that had a bug in the Firestorm pipeline that could allow for a gradual onset of freezing.

Intel announced the problem on April 12, 2019 and quickly began rolling out fixes. A month later, Intel admitted that there was a problem and offered an estimated time frame for a fix. Intel gave an estimate of shipping chips with final patches in the 4-5 month time frame, citing the “nature of technology”.

On May 8, one month later, Intel’s Antti Koskinen admitted that they’d made mistakes when it came to releasing the solution to end users and it would take longer than expected.

“We do not think there’s going to be a major issue with the issue, but there will probably be a minor impact,” Koskinen said. “Because of that, the product launch is going to be more later in the year. It’s not going to be even 60 to 90 days after the new chips are available, it’s probably more like 90 to 120 days before the product is available.”

Koskinen said the company was working to ensure all of its individual components work together.

“A large part of the mitigation has to do with just making sure we can validate and the ecosystem is ready for some of these things,” he said. “Ultimately we want to get the correct hardware, right driver, right user experience.”

In early May, Oracle took the wraps off of a response to Intel’s Firestorm warnings tool. They added IBM AltaVista to help enterprises scan and understand the issue and identify possible fixes.

Let’s see what Apple comes up with and when they publish details on their own patch. Then get back to me with the fix you guys use.