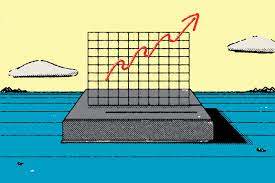 Intercontinental Hotels Group (IHG) today announced that its board of directors declared a reverse dividend on the company’s ordinary shares. With IHG shares trading below its regulatory minimum price and in line with its mandate, IHG, one of the world’s largest hotel groups, will issue one ordinary share of its ordinary shares for every five shares held, for a total of approximately $68 million.

The dividend payment is subject to withholding tax by shareholders. IHG has received regulatory approval from the European Union for the reverse dividend. The remainder of the normal dividend will be paid in June 2019 to shareholders of record as of May 20, 2019.

IFA’s results for the year to end March 31, 2019 show that the group faced a tough trading environment. In the United States, competition from online booking platforms intensified and demand softness impacted the pace of global business travel.

Meanwhile, the higher Australian dollar and depreciation of sterling in some markets took a toll on earnings, especially as the company had some real estate exposure in the U.K.

The revenue per available room (revPAR) in IHG’s U.S. business declined by 3.8% in U.S. dollars and 5.4% in local currency for the year as a whole, reflecting the challenging market environment.

The group’s outlook for 2019 has been cautiously optimistic. Bookings for the full year to end March 31, 2019 are below projections on a comparable basis. In international markets, with the exception of Asia Pacific and Middle East, RevPAR growth is expected to be in the low single digits, reflecting a weakening of the foreign exchange rate against the local currencies in a number of key countries.