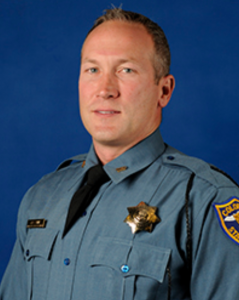 Jason Shimp has worked for the CDPS, or Colorado State Patrol since January 2011. Before this, he was the project manager at McBride Kelley Baurer.

STEAMBOAT SPRINGS, COLORADO, UNITED STATES, June 1, 2021 /EINPresswire.com/ — Jason Shimp has worked for the CDPS, or Colorado State Patrol since January 2011. Before this, he was the project manager at McBride Kelley Baurer, from June 2009 to October 2010.

Jason Shimp was also an associate at Goettsch Partners, from October 2006 to April 2009. Shimp worked as a project architect at Pappageorge/Haymes Ltd from October 2002 to October 2006. Before that, he was a project designer at Architechnics, Inc., from January 1999 to September 2002. From June 1997 to January 1999, he was a project designer at Lundell Bjornson Architects. Shimp received his bachelor’s degree from Drury University in Springfield, Missouri in 1997, where he studied architecture.

Jason Shimp has a very strong career in law enforcement, Jason Shimp also has had a long career in architecture before this. He worked in that field for 13 years, in which he participated in 27 different building construction projects. These included commercial, residential, and mixed-use buildings. He is a licensed architect, having passed the National Council of Architectural Registration Boards in 2005. In addition to this, he acquired a certification in 2008 that made him a Leadership in Energy and Environmental Design Accredited Professional (LEED AP).

Jason Shimp now has been serving with the Colorado State Patrol for 10 years. In 2016, he was promoted to Corporal within the Colorado State Patrol. He was working out of the Steamboat Springs post at this time. Currently, Jason Shimp is certified as a drug recognition expert and field training officer. In addition to this, he is an instructor of several courses and programs that help many people. These include Partners in Lifelong Learning and Readiness (PILLAR), Standardized Field Sobriety Tests (SFSTs), and Defensive Tactics and Arrest Control (DTAC). Shimp is still currently working to implement the PILLAR program in several area schools throughout Northwest Colorado. The PILLAR program starts with children who are in the early years of school. This is one of the first education programs supported by the Colorado State Patrol that actually includes content for populations that are too young to drive at this time. This program is all about an age-specific curriculum that targets informed decision-making, personal well-being, and traffic safety starting at an age where children are not driving yet. They are looking to have a positive impact on the future of the youth of Colorado when faced with choices they are going to be making in the future in regards to personal safety and traffic. The ultimate goal of the program is to minimize fatal crashes and other sorts of preventable injuries in these children in the future. Another hope is that they are going to become leaders when it comes to wellness, safety, and crash prevention.

During the 10 years that Shimp has been serving with the Colorado State Patrol, he has worked at multiple locations, including Fort Collins, Durango, and Steamboat Springs.