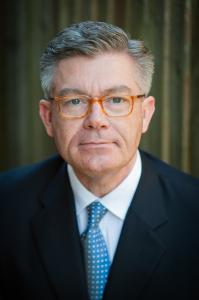 Despite repeated requests of the UK Foreign Office, the EU failed to conduct an independent investigation into the hacking of Judge Simmons’ private emails by a fellow EULEX judge”
— Edward Montague

LONDON, UNITED KINGDOM, July 16, 2021 /EINPresswire.com/ — In her statement Viola von Cramen refers to my alleged “failure to alert EU authorities on irregularities.” In fact, I alerted the EU on many occasions to “irregularities” in EULEX between 2013 and 2016. None of those complaints was the subject of an investigation. Indeed, on one occasion, in a written response, the former Civilian Operations Commander even instructed EULEX not to take action. In an email to the EULEX Head of Executive Division I expressed frustration at the failure of EULEX to initiate an investigation. I also referred two cases to OLAF, the EU ant-fraud agency after EULEX refused to conduct an investigation. Therefore, to suggest that I failed to inform EU authorities of the misconduct is simply wrong.

Those were not the only occasions the EU failed to conduct fair and impartial investigations.

The investigation into the allegations against me was conducted by the very persons I had accused of misconduct. Those persons, and the investigators, were in possession of my hacked private emails. The board that heard those allegations comprised three members. Only one member of the Board was a judge. The other members included a logistics officer employed by the department that initiated the investigation who was subordinate to the very persons I had accused of serious misconduct. In its judgments, the European Court of Human Rights has been very clear: disciplinary boards in proceedings against judges should comprise a majority of judges. In my case only one member was a judge. However, that was not the only abuse of the disciplinary process. The Board ignored important exculpatory evidence. I was not present when the Board interviewed witnesses. I was not permitted to cross-examine witnesses. Instead, I was sent what the Board referred to as a “resume” of their evidence. I had no opportunity to challenge their evidence or ask my own questions. Witnesses I proposed to the Board be called to give evidence were ignored by the Board.

I filed an appeal that was heard by an appeals board comprising three EU judges. That appeal was heard in May 2019. The Appeals board ignored judgments of the European Court of Human Rights and ignored International Conventions and Charters. The Appeals Board also ignored Article 6 of the European Convention on Human Rights that provides I was entitled to be tried “…by an independent and impartial tribunal established by law.” In my case a member of the Board was not only an employee of the department that commenced the disciplinary proceedings against me but, more importantly, was subordinate to a person I had accused of serious misconduct. This was not an impartial tribunal. It was never intended to be an impartial tribunal.

Ms von Cramen, I hope it will now be clear why I have no confidence in the EU to conduct an independent, fair and impartial investigation. I hope you will also appreciate why I chose to refer these, and other matters, to the Kosovo Assembly.

Kosovo is an independent, sovereign state and it is a matter for its democratic institutions whether to conduct a full enquiry into these matters.