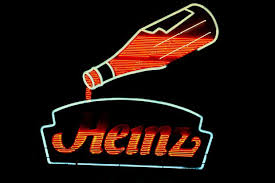 Kraft Heinz and other consumer staples companies have raised dividends for the last seven years — a period in which the S&P 500 has only been able to muster about half that.

Such a payout streak is unusual. But three industrial companies that have held up well during the secular downturn have a common characteristic: good sales growth.

The technology giants tend to put up big profits, but growth is slowing, and dividends haven’t kept up.

The list of key S&P 500 members raising their dividend in recent months includes Boeing, which moved up its payout two cents to $1.63; Boeing’s earnings are still going gangbusters. At $415.56 billion in revenue, revenues for the fourth quarter beat consensus estimates by $3.7 billion.

GE also increased its dividend in April, bringing its payout to $0.15 a share, matching its 2007 payout.

American Express and Goldman Sachs did so as well. American Express is struggling as a traditional card issuer, but it’s shoring up its finances via its digital transformation, which could lead to stronger results this year. Goldman is benefitting from all the speculation over the fate of Yahoo!, its acquisition target.

Procter & Gamble raised its dividend back in January. The consumer staples stalwart, long a darling of income investors, stuck with its streak by passing along 2 cents to $0.84. This year’s payout will be the 96th consecutive quarter in which the company has raised its dividend. Even its rivals are starting to figure this out: rival Unilever announced a hike in May, bringing its payout to $0.53 a share.

Three-quarters of a century strong

Back in November, $1.88 was a 16-cent dividend in the S&P 500. Back then, REITs, utilities and a handful of other growth stocks hadn’t yet made their rounds raising dividends. Now, the Dow Jones Industrial Average’s utilities sector, which got walloped in a steep sell-off earlier this year, is staging a comeback, and there’s a new frontrunner in this race: consumer staples. That sector’s average yield is 3.16%, fourth highest in the S&P 500 after REITs, telecoms and utilities.