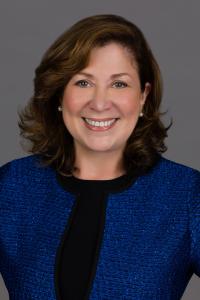 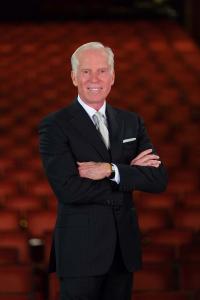 In her new role, Young will be responsible for developing and managing the programming, scheduling and earned revenue-generating activities of all Kravis Center facilities and performance spaces as well as oversee the departments representing Marketing, Box Office and Sales, Education, and Community Outreach. In addition, she will supervise facility scheduling and services for local and regional presenters and other users of the Kravis Center facilities.

“With Georgiana’s extensive and diverse career in senior management roles in the performing arts, we are fortunate to welcome her to the Kravis Center,” said Stoops. “As we look forward to reopening with a full season, her experience will perfectly complement the very high bar Lee Bell set in this role. We know that her fresh perspective will be invaluable as we map out our programming, education and community outreach initiatives for the coming years.”

Young is a seasoned arts professional with a broad scope of national and international experience in the U.S., U.K., Spain, Italy, Germany, the Middle East, China and Central America. She was most recently the Vice President of Marketing and Sales for the Adrienne Arsht Center for the Performing Arts of Miami-Dade County where she was responsible for the marketing and sales efforts for the Arsht Center’s broad array of programming and community initiatives, including Broadway, theater, concerts, dance, arts education programs and all the virtual events initiated to keep audiences connected to the arts during the pandemic.

Young is fully bilingual and has led the Paiz Foundation in Guatemala City, the largest private cultural and philanthropic foundation in Central America whose mission it is to make the arts accessible to marginalized and at-risk youth. She also served as the Chief Commercial Officer for Broadway Entertainment Group in Dubai, United Arab Emirates and was the Chief Programming and Marketing Officer at the Straz Center for the Performing Arts in Tampa, Fla. Young graduated with a Bachelor of Arts in English Literature and Spanish Translation from Rice University in Houston, Texas. Young plans to relocate to Palm Beach County.

“Lee Bell set the stage for an impressive and all-encompassing programming lineup,” said Young. “The Kravis Center has a reputation of having a broad array of shows and performances – there is something for everyone! I look forward to continuing the successes Bell built over two decades and feel confident I can identify new and exciting opportunities for the community. I was present at the grand opening of the Kravis Center back in 1992, so this feels like I am coming full circle. I can’t wait to get started.”

Bell began his career at the Kravis Center in 1997 and has countless achievements during his tenure. He expanded the annual season calendar from 100 performances per season to an average of 400 performances per season; was responsible for bringing Kravis On Broadway to the Kravis Center, now in its 13th season; as well as establishing the PEAK series, which features groundbreaking performances that focus on ethnic diversity, provocative and impactful themes.

The Kravis Center is a not-for-profit performing arts center located at 701 Okeechobee Blvd. in West Palm Beach, FL. The Center’s mission is to enhance the quality of life in Palm Beach County by presenting a diverse schedule of national and international artists and companies of the highest quality, by offering comprehensive arts education programs – serving nearly 3 million students since its inception; by providing a Palm Beach County home for local and regional arts organizations to showcase their work; and by providing an economic catalyst and community leadership in West Palm Beach, supporting efforts to increase travel and tourism to Palm Beach County. For general information about the Kravis Center, please visit kravis.org.