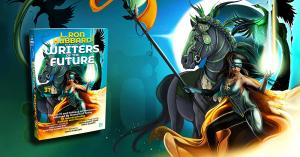 “L. Ron Hubbard Presents Writers of the Future Volume 37” release has been set for November 2, 2021

LOS ANGELES, CA, UNITED STATES, June 9, 2021 /EINPresswire.com/ — Twenty-six winning writers and illustrators from around the globe will be featured in “L. Ron Hubbard Presents Writers of the Future Volume 37” releasing November 2, 2021. “Writers of the Future,” noted The Midwest Book Review in last year’s review of the anthology, “is the gold standard of emerging talent into the field of science fiction fantasy that has contributed more to the genre than any other source.”

Volume 37 is available for preorder in the US at Barnes & Noble, Books-A-Million, in your favorite Independent Bookstore, and online at Amazon.com. Canada outlets will include Indigo as well as Amazon.ca. And Volume 37 will be minimally available through the local Amazon around the rest of the world.

Additionally, bonus stories have been provided by award-winning authors who are also contest judges Kristine Kathryn Rusch, “The Museum of Modern Warfare,” Jody Lynn Nye, “The Phoenixes’ War” (based on Volume 37 cover art), and the Contest founder, L. Ron Hubbard, “The Dangerous Dimension.”

The Writers of the Future Writing Contest was initiated by L. Ron Hubbard in 1983 to provide “a means for new and budding writers to have a chance for their creative efforts to be seen and acknowledged.” Based on its success, its sister contest, Illustrators of the Future was created five years later to provide that same opportunity for the aspiring artist.

The intensive mentoring process has proven very successful. The over 500 past winners and published finalists of the Writing Contest have published over 1,800 novels and nearly 6,200 short stories. They have produced 33 New York Times bestsellers, and their works have sold over 60 million copies.

The 370 past winners of the Illustrating Contest have produced over 6,000 illustrations, 360 comic books, graced 624 books and albums with their art, and visually contributed to 68 TV shows and 40 major movies.

For more information about Writers and Illustrators of the Future, visit www.writersofthefuture.com.