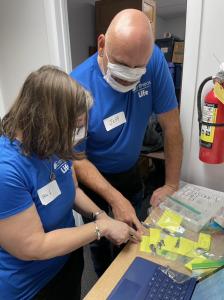 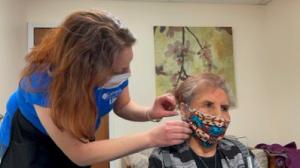 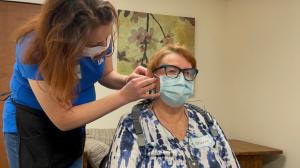 SOUTHFIELD, MI – MICHIGAN, UNITED STATES, July 8, 2021 /EINPresswire.com/ — LIFE participates in Hearing Aid Missions all over the world through a project called “Here to Hear.” According to WHO, over 5% of the world’s population, 430 million people, require rehabilitation to address their ‘disabling’ hearing loss. Recently LIFE participated in Hearing Aid Missions in Florida and Colorado, serving the underprivileged with the ability to hear. Here are some of their stories:

Kelly, who suffered from hearing loss and self-described debilitating tinnitus, had not left his house in three years because the tinnitus was causing him so much distress that he became paralyzed to think of himself in social situations. Showing up to get fitted with a hearing aid, Kelly was breathing in such a shallow manner, that he was almost hyperventilating. Once Kelly’s hearing aids were turned on, he was relieved of some of his tinnitus sounds, leaving him with a smile from ear to ear. “With these hearing aids, I’m finally going to be able to leave my house,” said Kelly.

Marivel Mena, a young woman in her thirties, suffered from hearing loss and tinnitus in her right ear due to COVID. She had been struggling at work and home to figure out where sounds were coming from. As soon as her hearing aid was turned on, she noticed that her tinnitus was less noticeable, relieving her of her struggle at home and work.

Jack, a homeless man who had been struggling with hearing loss for decades, was so eager to get help that he did a trial run of going to the clinic the day before receiving his hearing aid, just to make sure he would get there. After receiving his hearing aids, he was happy, but also a bit cautious; being without hearing for so many years, this was all new to him. Jack believes that his hearing aids will help him to better connect with others, something he missed for years.

The COVID pandemic put a pause on the planned mission trips around the world, but LIFE plans to provide hearing-aids to the people of Arizona, Florida, New York, Pennsylvania and California, as well as Ghana and Kenya. LIFE also plans to provide hearing aid batteries and service to those in Guatemala, the West Bank, Jordan, South Africa, Mozambique and Ecuador.