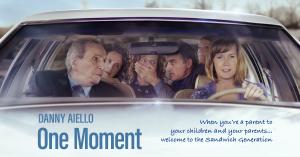 One Moment is a humorous and heart-warming film about middle-age siblings struggling to manage their lives, while caring for their aging father. 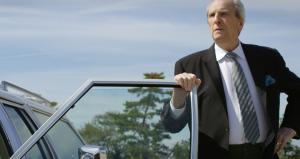 Danny Aiello in his final film performance, One Moment. Aiello, who passed away shortly after completing the film, was awarded “Best Actor” at the Beaufort International Film Festival. 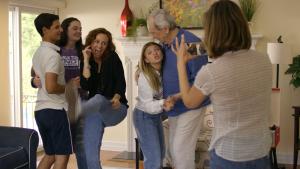 One Moment Was Written and Filmed on Long Island

LONG ISLAND, NEW YORK, USA, July 13, 2021 /EINPresswire.com/ — The award-winning independent film, One Moment, returns home to open the Long Island International Film Expo (LIIFE) on Tuesday, August 10th at 6:30 pm at the Bellmore Movies in Bellmore, NY. Deirdre O’Connor, originally from Lynbrook, NY and resides in Blue Point, NY, wrote, produced and directed the film using many local landmarks and locations. She cast the legendary actor Danny Aiello (Do the Right Thing, Hudson Hawk, Moonstruck) in the lead which resulted in his final performance, as he passed away at age 86 two months after filming was completed. Following the screening, there will be Q & A with O’Connor and several cast members. Tickets can be purchased at the box office or online at: https://bit.ly/3ASaZlA.

“I am thrilled and honored that One Moment has been selected to open the Long Island International Film Expo. The film has screened in a number of other states, but nothing beats a hometown crowd filled with family, friends and so many people who helped make this happen,” says O’Connor. “I am also privileged to share Danny’s final performance of a lifetime body of work. Although he is terribly missed, the silver lining is his fans and family can see Danny again on the ‘big screen’ where he truly shines,” she adds.

One Moment is a humorous, heart-warming story of middle-age siblings struggling to manage their lives, while also caring for their recently widowed, aging father. The storyline features Aiello, Academy Award nominee for Spike Lee’s 1989 film “Do the Right Thing,” as family patriarch Joe McGuinness. Other principals include Adria Tennor, Frankie Ingrassia, Sal Rendino (awarded “Best Supporting Actor 2021, Long Island Int. Film Expo), Natalie Seus and Sioux Madden. Many of the cast are from Long Island, including Seus, with more than 150 extras from the area. Additionally, the beloved Long Island Dance Troupe “The Red Hot Mamas” is a scene stealer and prominently featured.

During the 24th Annual Long Island International Film Expo, film enthusiasts can screen independent films from around the world from August 10-15, 2021. There will be more than 125 feature-length films in many different genres delivered to audiences both in person and virtually over the six-day festival span. LIIFE is the premiere filmmaker community on Long Island and one of the most respected festivals of its kind in the world. Sponsored by the Long Island Film-TV Foundation (LIFTF), the County of Nassau, the Nassau County Industrial Development Agency and Gold Coast Studios, screenings will be held at the historic Bellmore Movies, 222 Pettit Ave., Bellmore, NY.

As a SUNY Nassau Community College Associate Professor of Communications since 2004, Deirdre O’Connor makes her narrative feature directorial debut with One Moment. The film has met with international success, receiving accolades at the Sedona Film Fest with “Most Impactful Film,” as well as Art of Brooklyn Film Festival’s “Outstanding Narrative Feature,” and Cinequest Film Festival, San Jose, CA, as the “Audience Award Winner” for Comedy and a top trending film. O’Connor was awarded the Loïs Weber Spirit Award at the Barebones Film Fest in Muskogee, OK, along with One Moment being named “Audience Favorite.” During the Beaufort International Film Festival (BIFF), Beaufort, SC, the film was awarded Best Comedy and Best Actor (Danny Aiello). Of more than 100 films at Cinequest, One Moment was highlighted in San Jose Mercury News as “1 of 12 films you should see.” IMDB’s founder and CEO Col Needham listed his favorite films of Cinequest 2021 – One Moment is one of them “featuring a great final performance from Danny Aiello.”

This comedy resonates on so many levels. After his wife’s recent death from Alzheimer’s, Joe McGuinness moved in with his daughter Caroline and her teenage daughter. It is not an easy adjustment for anyone. Joe is demanding and difficult and stubbornly believes he is still capable of running his own life –despite evidence to the contrary. Caroline and her sister Fran put everything on hold, rearranging their daily schedules, careers, and personal lives in order to assist their aging father. Two out-of-town siblings do little to help but, when they do, offer impractical and uninformed solutions that only add to the upheaval and chaos. Although the family is at odds as to how best care for their father in his final years, they are united in wanting to ensure his well-being and help him find peace of mind–without them losing their own. Welcome to the “Sandwich Generation.”

The “Sandwich Generation” is a term that O’Connor hopes to put on the map with this film and make it an everyday recognized part of our cultural vernacular. The Sandwich Generation is those sandwiched between parenting their children and their parents, while also trying to manage jobs and personal lives. The film depicts how difficult it can be for everyone involved by infusing comedy and tender moments. One Moment’s trailer may be found at https://littleredpurseproductions.com.