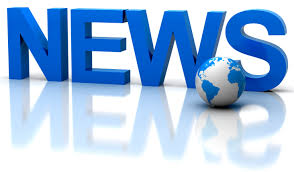 Facebook’s social media campaign to convince people to vote in this year’s midterm elections will likely boost participation in elections by young and minority voters. There’s no question about that. But it’s not clear yet whether it will be enough to win back political control of the House.

On Monday, The Washington Post reported that more than 8 million Americans have signed up for the November 6 elections through the “Take Action Now” effort. That’s impressive: It’s more than double the 3.7 million voters who registered through a similar Facebook campaign in 2016.

This being Facebook, the campaign involves a huge amount of tweaking and carefully targeted promotion in order to get the impression of broad interest among the sites’ users in the upcoming election. But if it’s good enough, it should still get lots of participation. The data are there.

The Post article was notable for its premature claim that an “18 percent” increase in voter participation would mean “a surge that would give Democrats control of the House of Representatives.” That’s not accurate.

There are good reasons to favor a Democratic takeover of the House. But the possibility that Republicans might lose control of the chamber does not ensure that the House will become a check on the Trump administration — and vice versa.

And if there’s a reason to give the Republicans credit for improved voter registration, it’s that participation among the key political groups that may put Democrats in power in 2020 — younger voters and people of color — are expected to be even higher than they were in 2018.

By all accounts, participation in the 2018 midterm elections was strong among people of color. That’s likely to be the case again. The failure of the “Take Action Now” effort to register a sizable number of white voters could jeopardize that outcome.

I’m not declaring, therefore, that Facebook’s social media campaign will end up helping Democrats win the House of Representatives. But the data are there. And that suggests that it’s perfectly possible.

Mark Zuckerberg is still in the midst of a massive anti-trust trial. In a response to a defense of his on Wednesday, Facebook counsel Colin Stretch gave up virtually nothing about how the social media giant comports itself.

In virtually any case, that kind of attitude only reinforces public suspicions that Silicon Valley companies treat their employees, customers and investors much better than they treat political opponents. That kind of attitude does the businesses — especially Facebook — no favors.

Since I’m still trying to get my investigative reporter’s act together, I’m deferring to Kevin Drum at Mother Jones, who insisted that “you can’t criticize Zuckerberg for shady tactics or lack of transparency without having to criticize our democracy for not regulating him out of existence.”

I don’t quite agree. While it would be ideal to have a political system that allowed Facebook to function without undue pressure from politicians, that is not presently possible.

The movement to regulate it would not boost public confidence in our political institutions, which doesn’t currently exist. Some critics of all kinds of industries, including this one, worry that any efforts to keep Facebook and other corporations from interfering in politics would merely encourage them to use other means of interfering, without just changing their business model.

Whatever, however, the fact remains that government needs to do more to protect people’s political rights, which is not just about regulating Facebook.

There are other places for a government effort to protect political rights, such as redoubling efforts to expand voting access and to enforce fair financing of campaigns. The government could also do a better job of protecting those rights from voters, as every state should be required to do under the voting rights law.

Facebook’s social media campaign to encourage voter registration will lead to a lot of citizens taking matters into their own hands and participating in the midterm elections. The data suggest that it could be a success. But we will never know for sure until the actual election day comes.