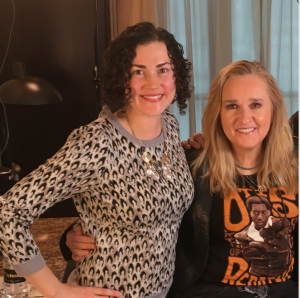 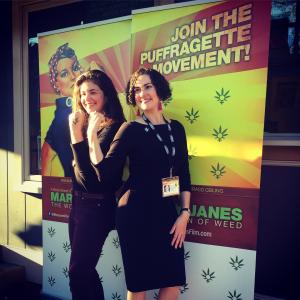 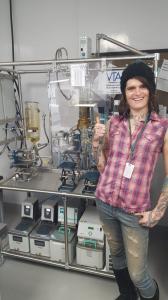 You can trace a direct line between the cannabis industry we have today and the work of the queer and trans activists during the HIV/AIDS epidemic.

Everyone has a right to choose who they love and what they put in their bodies. I believe walking the walk is the most powerful thing I can do.”
— Melissa Etheridge, Grammy(R) Award Winning Singer-Songwriter

PORTLAND, OR, UNITED STATES, June 1, 2021 /EINPresswire.com/ — Gender equity and cannabis take center stage in Mary Janes: The Women of Weed. Grammy® Award-winning singer-songwriter Melissa Etheridge and other advocates for the queer and trans community show how legal cannabis is not only an industry but also a movement of dedicated, visionary “Puffragettes®.” After garnering “Best Documentary” and “Visionary” awards on the film festival circuit, the film debuted on AppleTV, GooglePlay, Vimeo, and Vudu this spring.

“The rights of queer and trans people and the right to use cannabis are interconnected,” writes Melissa Etheridge. “Everyone has a right to choose who they love and what they put in their bodies. I believe walking the walk is the most powerful thing I can do.”

While the coronavirus pandemic has monopolized our recent attention, it wasn’t long ago that the world was united to fight a different virus: HIV. The queer and trans community founded the medical marijuana movement in California during the height of the HIV/AIDS epidemic. In 1996, the Compassionate Use Act allowed patients dying of HIV/AIDS to use medical cannabis. This became the basis for the state-regulated cannabis laws we see today. However, stories of the white cis men often overshadow the work of womxn and the queer and trans communities.

“You can trace a direct line between the cannabis industry we have today and the work of the queer and trans activists during the HIV/AIDS epidemic,” writes Director Windy Borman. “History loves to write out the women, the BIPOC, and the LGBTQ+ communities, who shape our cultural narratives. As the world celebrates Pride Month, we cannot forget the LGBTQ activists who laid the foundation for today’s cannabis industry.”

Originally a cannabis outsider, Borman became intrigued by the cannabis industry when she learned women represent 37% of senior leadership in cannabis. The national average is 21%, so there was something about cannabis that attracted more female entrepreneurs. She set out to answer this question by interviewing over 40 womxn across the United States. By looking at the intersection of gender equity, social justice, and environmental sustainability, Borman explores how cannabis is not only an industry but also a movement of dedicated and visionary women she calls “Puffragettes®” (as in Pot + Suffragette).

“As with nearly all issues of justice, cannabis and queer history, as well as modern culture, are inextricably linked,” says Laila Makled, a queer activist, cannabis advocate, and COO of Breeze Distro. “As the cannabis industry grows, I am excited to see queer and trans folks come into their power to build the industry we want to see. Simultaneously, I look forward to business executives and managers holding themselves and their counterparts accountable to dismantling systems of oppression stacked against queer & trans folks, especially those most impacted by the War on Drugs.”

“The diversity of the human race is one of its greatest strengths,” says Jacqueline McGrane, a trans woman, and Founder of Cannabinoid Consulting. “The Cannabis and Hemp Industry has allowed me to pursue opportunities that are often not available to people like myself in other industries. Today I am an internationally recognized consultant, I have traveled the world and interacted with people at the highest levels of this industry, and they all have not only accepted but embraced who I am an as a queer transgender woman. This plant has allowed me to live a healthier and more holistic lifestyle while also giving me the privilege of helping others. I have dedicated my life to cannabinoids and will not only work to expand access to this medicine to as many people as possible but also promote and support other women and queer individuals who would like to be part of the ongoing revolution in natural medicine and holistic healthcare.”

The disclosure of someone’s biological sex, gender expression, or sexual orientation was never a topic in the film. However, of the 40 womxn in the documentary, 25% of the cast self-identifies as part of the queer and trans community, well above the average U.S. population.

A 2020 Gallup poll on lesbian, gay, bisexual, or transgender identification finds 5.6% of U.S. adults identifying as LGBT. The current estimate is up from 4.5% in Gallup’s previous update based on 2017 data. A majority of LGBT Americans say they are bisexual. One in six adults in Generation Z considers themselves LGBT.

Mary Janes: The Women of Weed, Borman’s third documentary, explores the movement to end marijuana prohibition, her own relationship to the plant, and the stereotypes surrounding it. Through a series of empowering and educational interviews with a broad diversity of women leading the industry today, Windy’s own assumptions are transformed as she discovers cannabis liberation intersects with the most urgent social justice issues of our time. She learns how this green revolution has big effects on human rights, Mother Earth, and the War on Drugs.

“The film serves as a curated collection of the visionary womxn who birthed the cannabis movement and nurtured the legal cannabis industry we see today. It is a celebration, a time capsule, and a roadmap for where we still need to go,” says Borman.

Women are changing the face of today’s fastest-growing industry – cannabis. Join us as we discover how they’re also changing the world.

Film screeners are available to qualified press. Please write to <press@maryjanesfilm.com> and request a screener.