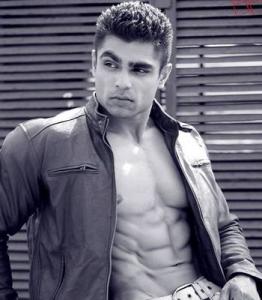 NEW DELHI, DELHI, INDIA, July 30, 2021 /EINPresswire.com/ — Mayank Pawar a well known athlete who has won many National & International title in Bodybuilding competitions has announced his comeback after 2 years. He in his statement has said he would be competing the upcoming Olympia Amateur event in held here in India.

Mayank Pawar is a also known for winning Mr India titles 6 times & Mr Asia title once in Singapore where he made his country proud. He has also been seen in popular reality show MTV Splitsvilla.

Splitsvilla revolves around young boys and girls trying to secure a place in Splitsvilla, a villa, where they are detached from the real world. It is a hunt for love, where boys and girls compete in tasks to remain in the competition and mingle with their fellow contestants to find love. In the end, a girl and a boy are crowned the winners of Splitsvilla. There is jealousy, hatred, friendship, backstabbing, breakups and a lot of fights when the contestants compete. Each Season comes with a new twist.

A pro card makes an athlete eligible to compete globally and of course, puts them a step closer to the main Olympia stage, the world’s biggest professional bodybuilding championship.

Mayank Pawar is being training 2 hours twice a day with strict diet to get the best form of his life. As a child he was born in a poor family in North Delhi & is a self made man with many achievements and has also made his way to the TV glamour industry.

The Amateur Olympia event is expected to be in December this year at Mumbai India. Bodybuilding is a sport where you need very hard dedication & strict discipline to follow, its not a easy game, it takes year to reach the form to win a title in this sport.