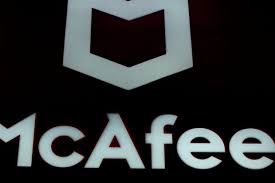 McAfee has filed with the U.S. Securities and Exchange Commission to go public. After 14 years of ownership by Intel, the company will raise capital to support its global expansion.

The Palo Alto, California-based cybersecurity company will be the 10th tech or communication firm to go public in the past 12 months, a wave that’s under way despite technology stocks tumbling in the first quarter of 2019.

McAfee will raise $1.4 billion to pay down debt, but management said it would use some of the proceeds to grow the business, in line with past strategies. The company, which started life as an engineering spin-off from Novell in 1988, has expanded to 10 countries and more than 1,000 employees since it was bought by Intel in 2010.

Still, some investors remain skeptical of the cybersecurity industry and whether software is an investment. Longer-term, the faster security spending growth rates will be challenged by economic, regulatory and technical factors that make cybersecurity a risky endeavor, UBS analysts said in a note published last month.

“People have been skeptical about the entire cybersecurity space because it’s a big industry and nobody knows what the right number is,” A.T. Kearney cybersecurity expert Allen Baker said. “When companies like Qualcomm, Intel and SAP start thinking hard about cybersecurity, that really helps. When you have the blue chip companies take it serious, it’s a shift in the market.”