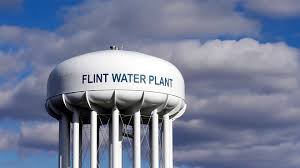 Flint stopped purchasing water from Detroit in 2014, but a corroded switch sparked an above-ground water pipe break in 2014, which exposed the city’s 2.8 million residents to corrosive water. The Flint River was then used as the source until October 2015, when a state-appointed emergency manager switched back to Detroit water.

With the state’s new Department of Environmental Quality head, Scott Cramer, leaving his post, new Commissioner Amy Speier has recently moved to address concerns with the department’s authority over polluters.

A statement from the attorney general’s office reads:

“Flint will receive more than $600 million for the ecosystem health and treatment of its drinking water,” said Schuette. “The environmental harm that the people of Flint endured is not acceptable. This settlement provides a path forward for the state and the people of Flint to move forward.”

The settlement would resolve claims of the Michigan Department of Environmental Quality against the cities of Flint and Hurley Medical Center for actions leading up to and including the lead and copper water crisis, a strain of water that prompted lawsuits.

Schuette called the agreement “a victory for the residents of Flint” in a press conference statement, but citizens remain skeptical of the state’s ability to deliver on its promises.

A statement posted to the Flint Democracy Defense League’s site post the news:

The state may have settled out of court, but they’re still buying Flint bottled water in spite of promises of change and the obligation of a civil penalty to solve the problem, not pay to cover the cost of abandoned old infrastructure.

Before the announcement of the water crisis, there were extensive debates around the treatment of the Flint River and testing of lead levels, leading to a gap in some federal guidelines. The state’s treatment method is still used in some other cities as well.