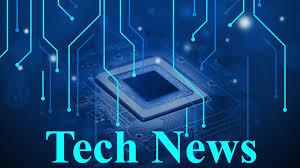 In the digital age, there’s no excuse for not getting access to the internet, computer hardware, software and jobs. In fact, there’s no reason for anyone to be disconnected from the digital world.

Unfortunately, however, a majority of low-income Americans still can’t get to these experiences. And plenty of African-Americans also lack them.

To close the digital skills gap, a coalition of more than 50 foundations, service organizations and companies recently unveiled a new strategy to address this problem. As The New York Times reports, the coalition includes tech companies such as Microsoft, the W.K. Kellogg Foundation, Google, the Dell Foundation and the Rockefeller Foundation.

The plan is to link classroom resources such as digital devices and laptops to public broadband connections. The funders are financing broadband network expansion in the Washington, D.C., area, among other places. The goal is to bring broadband internet access to everyone in the area by 2021.

If the initiative succeeds, it would double or triple the number of Americans who have access to broadband. But it would also make it easier for workers to find jobs through online job postings.

The effort would also provide digital literacy training to teachers, reduce discrimination in hiring and help companies win over consumers. It would also elevate the profile of digital skills training among African-Americans and other underrepresented groups.

“If we’re going to move the needle on the digital divide, we’re going to have to address it holistically,” said Justin Boyd, Microsoft’s director of global community programs.

That may sound like a lot, but it’s actually a drop in the bucket. The coalition’s efforts would only push the issue to where it was five years ago, which is a half-way house at best.

But the challenges are more systemic than a lack of skills training. For one thing, public investment in broadband has been, for the most part, slow to rise. Another big issue: job discrimination. In many areas, employers still use job search engines to sort applicants based on stereotypes.

Since no one should lose out on jobs just because of where they live, these practices have to stop.

The numbers are even worse among Hispanics, who are stuck at just 11 percent. That compares with 26 percent for whites. Again, one could argue that’s part of the blame for the digital divide — but it’s also part of the reason why the gap persists.

Not only do many people don’t have skills to get jobs, they may lack the education necessary to get those jobs. For example, 28 percent of minorities between 18 and 24 have no high school diploma.

This isn’t the first time digital training has been a priority for African-Americans. After Barack Obama was elected, the president launched the Connect Home program. It targeted low-income areas that didn’t have broadband. The aim was to spur higher digital access by improving connectivity and creating a network of public works projects — which set aside these neighborhoods for particular purposes, such as connecting schools or libraries.

The project managed to get some progress, but the plan remains underfunded and underfunded. As I’ve written before, efforts like this should go national — or else America could find itself locked in a never-ending argument over which communities get connected.