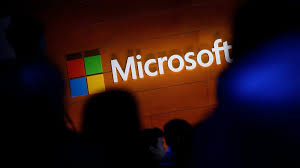 Microsoft joined the leaders of tech by jumping more than 2 percent in premarket trading Wednesday as Morgan Stanley said the firm could use much of its massive cash pile to boost its dividend and buy back stock.

Shares jumped 2.9 percent to $105.40 in premarket trading, which could be the end of an eight-day downtrend that has seen the stock shed more than $25 billion.

Stocks rose in anticipation of a monthly U.S. payrolls report due out this morning, but it did not appear to be enough to push broader stock markets much higher.

Also, President Donald Trump’s tough talk with the European Union dealt a blow to the energy markets today, after he accused the bloc of manipulating gas prices, according to Politico.

Meanwhile, MSFT’s Morgan Stanley analyst Katy Huberty also reported that “Underlying demand is better than feared,” and that the firm could grow operating income by 15 percent this year.