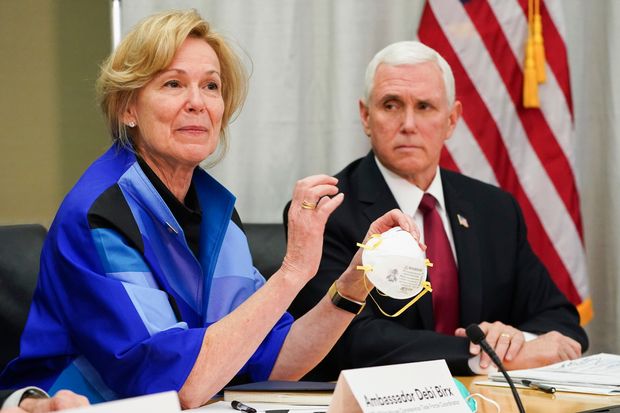 The United States has neither the capacity nor the ability to effectively fight the coronavirus responsible for the current and ongoing deaths among laboratory workers at Saudi Arabia’s King Fahd hospital. Despite much attention focused on how many people in the United States might have been exposed to the virus in recent years, few took note of the fact that there are nearly 140,000 people working at the Saudi hospital alone.

That’s more than enough opportunity for anyone to spread the virus around — and yet, according to a new report from the Institute of Medicine, our response has been to try to keep it from infecting anyone, from the microbiologists at the hospital to the laboratory researchers at the Weill Cornell Medical College in New York.

The doctors recommended that about a dozen laboratories in the United States be equipped to work on this virus. That was a reasonable proposal, since the only pathogen known to have similar circulating in our countries is anthrax — and in that case, “between 100,000 and 110,000 infected laboratory workers” have been identified. (In fact, since the end of World War II, more than 117,000 people have died from inhalation anthrax.)

But things went horribly wrong, starting at the very start. The laboratory at the Saudi hospital put its own equipment at risk by allowing non-employees to access it. That was a big mistake. A day or two later, the U.S. Centers for Disease Control and Prevention was warned by the New York state health department that an employee at the Saudi hospital was showing symptoms of an “infectious disease.”

And, sure enough, it turned out that he was suffering from the coronavirus, the same one responsible for the deaths of 48 people in Saudi Arabia — including lab workers, lab researchers, hospital workers and others.

That’s terrifying. It goes well beyond the bottom line of getting more scientific research done on the virus, to giving people in the United States the tools to fight it. People need better vaccinations, better ways to prevent infection, better ways to treat infections once they do occur.

Dr. Michael Gottlieb, a Pennsylvania physician who serves as president of the Infectious Diseases Society of America, has been arguing for a host of more aggressive measures to protect Americans against this threat — and he even thought about taking the Saudi patients to an American hospital. But then, of course, he thought about what he would say if the Americans got sick. He then determined to leave the patients in the care of the Saudi doctors.

But people in the United States can’t see in real time what the Saudis are being told, or how they are responding. In fact, state and federal government officials don’t seem to have much of a picture either. The CDC does not even know how many people have been exposed to the virus through this work, or how many they might have the opportunity to touch.

Dr. Jim Hall, the CDC’s director, acknowledged earlier this year that he was not sure how many workers would die from this virus, but he said: “We can’t afford to lose anyone to this.” But the physician told NPR the same thing after the identification of the first laboratory workers infected.

It isn’t just the lethal nature of the virus that’s such a threat, of course. At the heart of this global health crisis is the misguided approach taken by the Saudi doctors. One of the main tasks of any good doctor is to recognize risk and guide the rest of us in seeking out the best protection from that risk. It’s crucial that the best possible precautions be made available to everyone, in as many places as possible.

But too many people made one very big mistake in terms of lab workers: They let it go undiagnosed for so long, and in doing so failed to realize their own liability.

This becomes all the more frightening when you remember the stakes. As Dr. Mohammad Khaliq, the head of the Saudi center, put it: “We have found the two fingers of the cancer, but the country still faces a disease (colon) in the lower part of the belly that is not detected.”