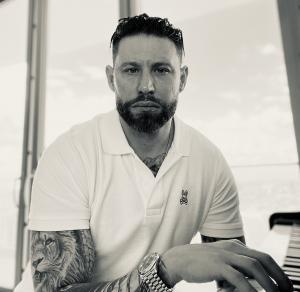 “This is the first of many planned acquisitions,” said MusicBird chairman Jonas Anker. “We’re honored that J.R. Rotem entrusted his amazing song collection to us. It’s a great way to kickstart our music enterprise.”

Rotem said, “Like every songwriter, my songs are a precious part of me. So I am gratified that my songs have found a nurturing home with MusicBird.”

Rotem was represented in the MusicBird transaction by Granderson Des Rochers, LLP. Guy Blake, partner at GDR, said, “Jonathan ‘J.R.’ Rotem is a prolific songwriter and producer with a vast catalog covering some of the most successful songs over the past 20 years. Granderson Des Rochers is honored to have been a part of executing on his vision of maximizing the value of his catalog as he continues his storied career. We are equally pleased that MusicBird sees continued value and future opportunities in J.R.’s works.”

Spearheading the acquisition on behalf of MusicBird was its Head of Music Sanji Tandan. Tandan said, “This purchase of songwriter/producer J.R. Rotem’s catalog represents the first step in MusicBird’s proactive pursuit of music assets with high-quality songs, historical value and brand identity. Tandan also thanked Kendall Minter of Taylor English Duma, LLP, who represented MusicBird for this transaction: “Kendall is straightforward, accessible and brilliant; a pleasure to work with.”