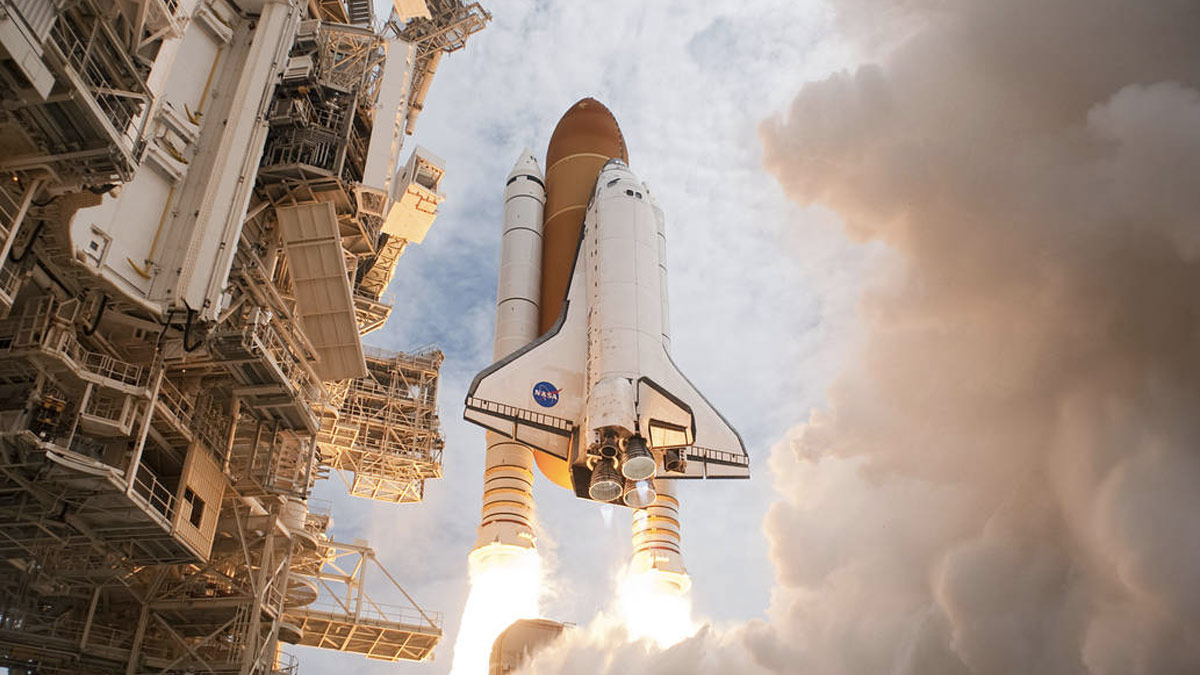 Mission Specialist at the International Space Station (ISS), on the final mission aboard the Space Shuttle Endeavour in 2011.

That’s true, we humans — or pretty much anyone else who lives in this planet — will never again do something as important as a crewed flight to space. Actually, we’ll have another chance to fly — but not until 2024, when a long-overdue rocket, Space Launch System (SLS), is expected to blast off. “This is not a date that can be ignored,” said Robert Lightfoot, NASA’s new Acting Administrator, as he announced the program yesterday at NASA headquarters. “This is an opportunity, and a solemn responsibility.”

The SLS rocket is partly meant to take astronauts to the Moon, but we won’t be even that far off for the first time in some time. And not just the first time in some time. The 1990s, not the 1980s, will seem like a dot-com boom. (And the SLS is only one part of the Space Launch System initiative. A huge satellite-launching rocket that is of uncertain relevance to NASA’s technical future is set to go on-line in just a few years.)

For now, though, lightbulbs are going off in ears all around the NASA-Communications complex. After all, we have been actively planning a manned trip to Mars for decades. We want to send a few astronauts there, preferably in the 2020s. There are plans for an expedition in 2022. And more exploration beyond that. The same sort of planning is in place for lunar missions in the 2030s and beyond.

Just before the shuttle missions ended, I wrote about the fact that NASA didn’t have plans for any more lifeboats — life-support machines that, if an astronaut somehow did drown, could be carried along on the space flight. Something similar is at stake here: if the first group of astronauts ever to set foot on the Moon don’t get back to Earth alive, even the lowest probability will be treated as a nightmare.

Huge constrains and vast security problems is what you get when you’re trying to send a pilot to the top of the Willis Tower. But as NASA Director Charles Bolden was quick to point out yesterday, “You can also get to the Moon.” No rockets required, just special shoes.

Another problem we face is when we have to bring people back to Earth, especially healthy ones. Imagine a scenario in which we need to put four people aboard an Orion capsule to safely bring home a team of several astronauts, including a sick person. How do we do that? It’s simply not possible to take four people into the Black Sea and expect them to parachute to safety in about two hours. So given that basic geometry, and our possible belief that we can deal with the health problems as a group and get home safely, is it even worth sending one sick person home? After all, if our medical experience and technology can deal with this, there must be plenty of perfectly healthy people who could do the job — and who can they send to the Black Sea, anyway?

The important thing, I think, is to figure out how we’re going to safely get people to the Moon and safely get them back. In the long run, we’ll probably develop new technologies and not have the need for the big-iron Saturn V. But we’re waiting for that technology to come along, and we need the Moon. There, we can lay the foundation for a journey to Mars. (Actually, even then we have to put astronauts on Mars, because we don’t have much of a chance of succeeding at what we’re going to do on the Red Planet without boots on the ground.) But for the moment, just getting to the Moon is a big challenge. In terms of cost, it might be comparable to putting astronauts on the Moon — i.e., still an achievement, but not a crowning one.