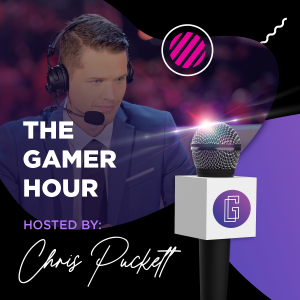 The show featured Puckett interviewing Allen about his avid gaming interests and was highlighted by their teaming up on humorous, exciting Apex Legends session

Puckett interviewed Allen about his avid gaming interests, his love for playing Call of Duty, Halo 3, and Apex Legends, and how he turns to gaming to deal with the long road stretches during the NBA season. Allen also revealed his perfect gaming squad of NBA players, shared a review of Apex Legends Season 7, and discussed his excitement for the upcoming release of Cyberpunk 2077.

In one of the show’s top highlights, dubbed the Turtle Beach and Roccat
Challenge for the show’s sponsors, Allen and Puckett teamed up to play the latest season of Apex Legends. Don’t miss all the humorous and exciting gaming action.

You can watch the entire show, which aired on November 17, here: (https://youtu.be/cE1_ap6kSiI).

In his third year playing in the NBA and his second season as a member of the Memphis Grizzlies, Grayson shined in the NBA bubble, where he averaged 12.4 points while converting on 47.1% of his 3-point attempts (24-50). Overall, Grayson sank an impressive 40.4 percent from beyond the 3-point arc for the season in developing into a potent long-range shooter.

Before joining the NBA, Grayson starred at Duke University where he was one of the most decorated collegiate players in recent history. During his time at Duke, Grayson won a national championship, earned 2nd team All-American Honors, 1st team All-ACC Honors, and is one of only three players in the program’s history to be a four-time All-ACC Academic honoree.

Off the court, Allen is passionate about music, his family, and of course – gaming. His current favorites besides Apex Legends and Call of Duty, also include Rocket League and FIFA. You can follow Grayson’s gaming pursuits on Twitch and Instagram.

“As a first of its kind, The Gamer Hour celebrates the convergence of traditional sports, music, comedy, and acting with esports and gaming. If you enjoy hearing about celebrities that have grown up with gaming, and who lead interesting busy lives, The Gamer Hour is a must-see and share show,” said Mark Thimmig, chairman, CEO of Esportz Network.

The Gamer Hour, which is filmed at the iconic New York City Times Square Reuters studio and produced by Reuters Broadcast Solutions and Esportz Network, is available globally on Fite.TV under the entertainment section and more than 50 media distribution platforms.

Sponsored by leading gaming audio and accessory providers Turtle Beach® and its Hamburg, Germany-based PC brand, ROCCAT®, the Gamer Hour features interviews with celebrities from traditional sports, musicians, comedians, and movie stars that enjoy gaming. This show was designed to meet the ever-increasing demand for high-quality, fun, and compelling video-on-demand esports and gaming programming. The first late-night show dedicated to all things gaming and esports puts you the gamer – first and foremost – with your favorite celebrities playing and talking about your favorite games every Tuesday at 6 p.m. PT. The show looks to appeal to a broad audience including dedicated gamers and casual gamers through the draw of its celebrity guests.

Fans can view the show and follow upcoming guests and showtimes on The Gamer Hour website and through social media.

Those interested in becoming a show sponsor for The Gamer Hour, appearing as a show guest, or investing please reach out to Esportz Network at info@esportznetwork.com.

Esportz Entertainment Corp. is located at the epicenter of esports, surrounded by hundreds of the greatest names in game development, arenas, tournament play, and those who drive the global esports industry. Esportz Entertainment Corp. through its Esportz Network, (https://www.esportznetwork.com), one of the largest global esports news organizations with over 90 reporters, photographers, videographers around the world, and a Reuters global partner for esports, is covering esports leagues, teams, athletes, along with the people and the companies behind the sport in a manner that matches the excitement and rapid global growth of esports. Esportz Network is developing additional high-quality programming directed to the broader esports /gaming audience and communities.