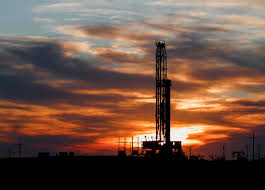 On Tuesday, I explained why there are a lot of smart people on Wall Street pushing the idea that market manipulation — intentionally manipulating the price of gold — is “good for you” in the long run. They’re wrong, of course, but that’s a topic for another time.

Meanwhile, another idea has cropped up this week, this time with regard to oil. According to my colleague Shira Ovide, “Experts have begun suggesting that higher crude prices could help mitigate a U.S. trade war with China.”

Actually, it’s not clear why there’s a U.S.-China trade war. Both countries obviously want better terms in trade, but both are probably quite happy with their current terms. To be sure, no one thinks the current ones are perfect, but in any case this is a discussion about a trade war.

What exactly are the analysts making the connection with? Here’s one response from Ben Schreiner, analyst at the investment firm BTIG:

Why investors should like oil prices rising is their impact on the U.S. trade deficit. Oil prices have not been driven by global economic growth, but by rising tensions in the Middle East. Crude oil price gains have also occurred despite the fact that current levels are still lower than they were about a year ago. Most investors disagree with Schreiner about the motivations behind higher oil prices, since they do recognize that rising tensions in the Middle East would increase geopolitical risk, which could create additional disruptions to the world oil supply.

I’m with Schreiner on this one. There’s something strange about a market that’s supposedly reacting to strong economic growth instead being run by bankers motivated by their own profit. But I agree with Schreiner that an oil price rise could be explained by geopolitical tensions. And that it is likely to be a short-term phenomenon.

Here’s another version from the same bank:

In the time when the Saudis and their allies blockaded the Strait of Hormuz, long lines of ships filled with crude were met with sniper fire from Iran. The Strait of Hormuz is one of the most important sea lanes for the global economy. This was a serious risk — and an indication of the underlying state of global oil markets at the time. However, today, with the Saudis blocking the Strait of Hormuz, the risk that similar hostilities would occur has come to an end.

I’m with Schreiner there, too. This year oil prices have fallen slightly, as you might expect in light of global demand. OPEC’s production cuts have, by and large, worked. But we just don’t know that we won’t see a spike in prices because of geopolitical tensions. And we’re very far from knowing that they won’t, either.

Why should the world be especially nervous about a few more dozen supply disruptions? As Bloomberg’s Liam Denning recently noted, most of them are in places like Venezuela, where the problem isn’t much supply; it’s a problem of access to the oil-and-gas assets that remain in private hands. And the most likely cause of any crisis is a weak or non-functioning government with strong — and possibly shaky — political ties to U.S. actors like Saudi Arabia. On that basis, things could get pretty ugly in places like Syria and Yemen. The prevailing theory that U.S. opposition to Iran’s nuclear program is a negative influence on the global price of oil also looks — and smells — like wishful thinking.

The Saudis might like higher oil prices as a way to make things easier on themselves, but they still need the world economy to grow. (How many weddings do they plan to make by speeding up the production of battery-powered cars?) Not everybody else does, though, and some people are seeing some trouble ahead. If investors are betting that higher oil prices, especially when the world still isn’t exactly swamped by idle money, will help dampen inflation and boost demand, I think that’s a misreading of history.