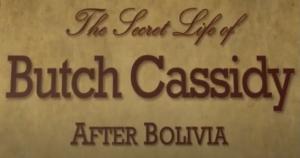 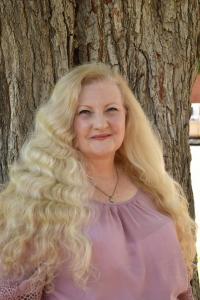 NASHVILLE, TN, USA, June 2, 2021 /EINPresswire.com/ — The official version of the story says that legendary outlaws Butch Cassidy and the Sundance Kid fled to South America, where they were gunned down in a shootout with the Bolivian Army in 1908. But with three decades of research, historian Marilyn Grace has uncovered DNA evidence that proves that both of the famous outlaws not only returned to the United States but lived for decades under assumed identities in Utah.

Marilyn made headlines in 2009 when her team dug up a grave in Utah’s Duchesne City Cemetery, hoping to prove that William Henry Long was, in fact, the Sundance Kid. DNA obtained along with Marilyn’s extensive research ultimately proved that he died in 1936, a Utah rancher with a shady reputation and a mysterious past.

Now Marilyn is about to make headlines again with a new documentary short film that has been completed after her discovery of what she believes to be Butch Cassidy’s unmarked grave at the Parker Ranch in Utah’s Little Dog Valley. The ten-minute documentary, titled “Butch Cassidy After Bolivia,” tells the story of what really happened to Robert LeRoy Parker, aka Butch Cassidy, who died in Circleville, Utah, on July 20, 1937.

A native of Utah, Marilyn Grace has spent the last three decades searching for the truth about what really happened to Butch Cassidy and the Sundance Kid. She is the author of “Finding Butch Cassidy & The Sundance Kid,” “Butch Cassidy: Mormon Boy Dies in Utah,” and “The Secret Life of Butch Cassidy After Bolivia,” all of which expand on her research and reveal the greatest outlaw mystery of all time. All three books are available now at Amazon and SundanceKidDNA.com.