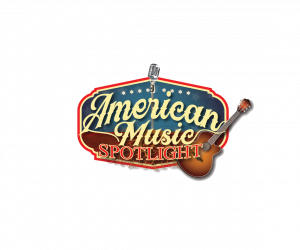 Produced independently by 7 Cinematics, the 30-minute program is the brainchild of CEO Vincent Adam Paul, who won his first Emmy in 2014 when he produced a livestream concert broadcast with fellow North Carolinians, The Avett Brothers.

“American Music Spotlight is my passion piece,” Paul said during an interview from the company’s newest studio location in Denver.  “The show marries music, culture, architecture and the timeless stories of America’s most iconic music theaters and the modern-day musicians who keep those venues alive and well.”

Season one features historic venues ranging from The Ryman Auditorium in Nashville, to The Paramount Theatre in Austin, to New York’s Capitol Theatre where Widespread Panic performed for episode three of the show’s 13-episode season.  Other acts appearing in season one include Tyler Childers, Ryan Bingham, Robert Earl Keen and The Marcus King Band.

“It’s hard to believe we’re nominated in a category with long-standing entertainment institutions like the Macy’s Thanksgiving Day Parade, Disney’s Christmas Day Parade, a NASA space launch, and the CBS This Morning show,” Paul said, with an almost astonished tone in his voice.  “This confirms that anyone with passion and perseverance can see their dreams come true.  I’m still trying to get my arms around what this really means.”

Other noteworthy projects on Paul’s resume include “cinematic” livestream events and concert productions with the likes of Jimmy Buffett, Dead & Company, Weezer, Machine Gun Kelly, Kanye West, and the epic Red Hot Chili Peppers livestream event from the Great Pyramids in Giza, Egypt.
Season two of AMS is in early stages of development, as music venues and bands begin to resume activity following the industry-wide shutdown caused by the Covid-19 pandemic.

“Our team of producers, cinematographers and editors are itching to get back out there,” Paul said, as he reviewed lists of potential acts and venues under consideration for season two.  “When we do resume production, it will be more exciting than ever, knowing the industry has recognized our idea and our efforts.  It really makes us want to keep sharing the amazing stories of the bands and venues that mean so much to so many.”